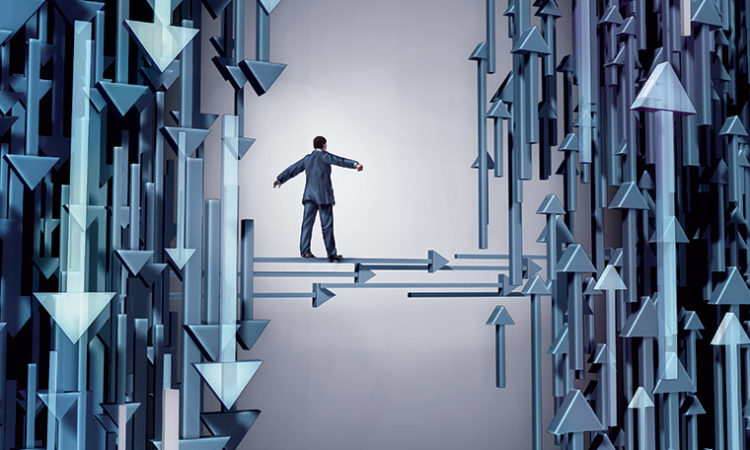 Companies everywhere are grappling with the labor shortage. Businesses are having increasing trouble finding enough qualified workers to fill job vacancies. It’s not a problem of one or two specific industries; business owners across the board are facing the same challenges.

Craig Veurink, senior vice president and lead regional business banking manager with Minneapolis-based U.S. Bancorp, points to a recent conversation that one of his bankers had with a customer.

“He wants to buy a piece of equipment. But he’s not buying the equipment because he can’t find people to operate it. That’s probably one of the biggest issues we’re seeing, and it’s growing. That’s real,” says Veurink. “You go to any manufacturing association meeting, it’s the No. 1 topic.”

U.S. Bank is not alone in spotting the trend.

“It’s hard to find good people. In some instances, we have customers that would expand, but they can’t do that because they can’t find qualified workers,” says Dave Rymanowski, senior vice president and chief business banking officer for Chaska-based KleinBank. “It’s common across a lot of different industries. It’s a common thread.”

Rymanowski notes that KleinBank has a business group that works specifically with home builders.

Some companies are boosting pay to lure new employees, but that affects the books.

“In a full-employment economy, people are looking at their pay practices,” says Rymanowski. “In some instances that drives up their operating costs.”

Another issue for bankers and their customers is that interest rates are finally edging up after years stuck in neutral.

But the Federal Reserve increased rates six times from late 2015 through March of this year, when the federal funds rate set the range between 1.5 and 1.75 percent. More increases are expected in 2018 and 2019. In early June, the prime rate was 4.75 percent—the highest in nearly a decade. The prime rate is a base rate used by lenders to price short-term business loans.

“There’s probably some level of concern, but it hasn’t stopped projects,” says Jon Dolphin, president and chief operating officer of Minneapolis-based 21st Century Bank, about the uptick in interest rates. “When you think about where rates are relative to the last 20 years, they’re still at a level that would be on the low end,” he says.

Some business owners are simply too young to remember the early 1980s, when the prime rate was 20 percent, a number that now sounds staggeringly high.

“We have interest rates starting to move. We haven’t seen a huge impact in terms of spurring activity,” says Rymanowski, noting that activity is still healthy. “What we have seen is that individuals who are borrowing money are trying to lock in a long-term rate,” he says.

In other cases, lenders are working with business owners looking to restructure or refinance existing deals to get a longer loan term and lock in a fixed rate before future increases.

“People are proactively taking existing debt and trying to extend it out. That’s happening quite a bit,” says Veurink. He’s seeing many business owners take that step with commercial real estate that the company owns.

Bankers also are working to add new technology that offers clients mobile banking and other services. But in the age of emerging “fintech” (short for “financial technology”), people are still important.

“It’s a hybrid. They just want to have multiple channels of access to their banking. They’re used to that; they want that access,” says Veurink, noting the prevalence of smartphones. “Even though they want all their technology, they still want to have a contact.”

Small business customers want to know that they can sit down with a banker over a cup of coffee to talk about issues and challenges they’re facing. “They still need somebody to go to,” says Veurink.

The ninth annual U.S. Bank Small Business Survey released in late April found that uncertainty is no longer the top concern for small business owners. It’s been displaced by competition from big businesses.

In Minnesota, taxes ranked as the top concern for 21 percent of surveyed business owners.

Within Minnesota, 83 percent of business owners expect to increase or maintain revenue this year. Forty-seven percent believe that new federal tax law will have a positive impact on their businesses; 16 percent think it will have a negative impact. The survey also found that 60 percent of small business owners in Minnesota expressed at least some concern about finding workers.

The study surveyed more than 2,700 business owners across the 25 states in U.S. Bank’s territory. All companies in the study had less than $10 million in annual revenue.

“There’s been an increase in fraud management tools,” says Rymanowski. “We can help monitor the activity on the account.”

Despite concerns about the labor shortage and interest rates, overall business remains steady. Since the recession ended, bankers have seen fortunes for their clients improve incrementally every year. While the growth hasn’t been explosive, most businesses find themselves on solid footing.

“We’ve seen a consistent loan demand in terms of expansion of businesses. I do see businesses in different sectors that have experienced growth and have needed to expand their current shops,” says Dolphin.

At the same time, he is seeing shifts in the types of businesses that are looking for financing. Manufacturing is less prevalent and service businesses are on the upswing. “I’m probably seeing more service-related business than I was even five years ago,” says Dolphin.

This spring, the SBA unveiled a new offering for small business borrowers: a 25-year fixed-rate term for the SBA 504 Loan program. The previous maximum term through the program was 20 years. The new terms are available for any projects approved on or after April 4, 2018. The 504 Loan program offers long-term financing to small business owners for buying or improving land, buildings, and major equipment. The longer loan term can offer lower monthly payments and improved cash flow for borrowers.

“We are starting to see more requests for loans. Most of it is coming in the form of equipment purchases,” says Veurink. “We haven’t necessarily seen a big spike in credit line use yet. Companies will use their cash first.”

Veurink says U.S. Bank is also seeing solid lending activity related to businesses being bought and sold. Many business owners who sat tight through the economic downturn are now in a position to sell their companies.

“A lot of ownership transition continues to take place,” says Veurink. “That area has become quite robust.”

Veurink says he’s also seeing a trend of people with entrepreneurial aspirations buying stable, existing businesses rather than trying to launch a startup.

“We’ve seen people who have been in the corporate world for many years,” Veurink says. “They’re going out and acquiring existing, profitable companies.”

Bankers see a steady outlook for the year ahead.

“Overall, the economy’s strong, businesses are doing well, most of our clients are operating profitably,” says Rymanowski, noting that many business owners still don’t need to tap credit lines for cash.

Says Dolphin, “Small business for the most part is a pretty steady sector.”

The Minnesota District of the U.S. Small Business Administration reported that Minnesota entrepreneurs took out 2,056 SBA-backed loans totaling $681.2 million for the federal fiscal year that ran from October 1, 2016, through September 30, 2017. That was a nominal decline from $685.3 million in loans the previous year.

Early statistics for the current year show an uptick. For the first four months of the federal 2018 fiscal year—October 1, 2017, through January 31, 2018—SBA-backed lending in Minnesota was already up 3.9 percent from the previous year.

The SBA does not lend money. Instead, the federal agency guarantees a significant portion of loans made through its programs. SBA backing allows banks to lend to small business owners who otherwise would not be able to land a traditional loan to start or grow a business.