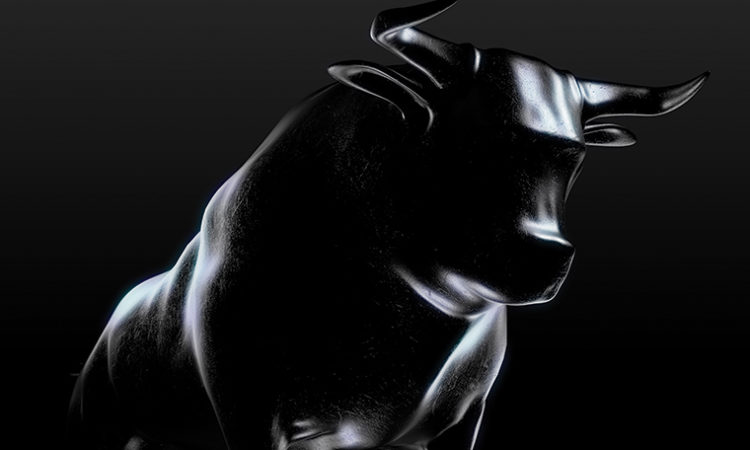 Lenders are seeing strong commercial loan demand, but they eye warning signals in the economy.
By Burl Gilyard
November 01, 2018

Business has been good in 2018 for most bankers in Minnesota. A solid economy and an overall optimistic outlook have been the underpinning for healthy loan demand from small business owners.

How bullish are business owners feeling? When the National Federation of Independent Business released its Small Business Optimism Index for August, the survey hit its highest level in 35 years. NFIB found that 34 percent of business owners feel it’s a good time to expand. The survey also indicated that 33 percent were planning capital investments, and 26 percent intended to increase employment.

But it’s not a perfect world. Lenders say they are seeing some competitors ease standards in a bid to land more business. Others are watching the flattening yield curve between short-term and long-term interest rates, which is a potential warning signal about a looming recession. SBA lending is also down in Minnesota. And while the overall economy is booming, agricultural lenders are seeing their customers in the farm economy under significant financial stress.

Still, most bankers in the Twin Cities metro are seeing solid demand for commercial and industrial (C&I) loans.

“Just about all of our business clients in a variety of different business sectors are doing well,” says Dave Rymanowski, chief business banking officer for Chaska-based KleinBank. “Businesses are growing, so there’s equipment that’s being acquired to support that growth. There’s a fair amount of building expansion that’s going on,” he says. “We’ve seen a little bit of business acquisition activity. Some of it is internal, owners getting bought out.”

KleinBank itself is an example of a recent business sale. In June it was announced that Indiana-based Old National Bancorp would acquire KleinBank parent Klein Financial Inc. The deal is expected to close in the fourth quarter. Old National acquired another large Minnesota community bank, St. Paul-based Anchor Bank, last year.

Other bankers echo Rymanowski’s read of the market.

“There is a lot of loan demand,” says David Reiling, CEO of St. Paul-based Sunrise Banks. “We have been kind of commercial real estate lenders and still are. We have a lot of CRE in our portfolio and a lot of demand going forward.”

But many customers are not tapping their credit lines for financing.

“We see our credit line usage actually fairly low historically,” says Reiling, who notes that many business owners still have a fair amount of cash on their balance sheets and don’t necessarily need to dip into their credit line.

At the same time, Reiling says that they are seeing some competitors loosen loan standards in a bid to land deals. That might mean extending the typical 20-year term on a commercial real estate loan to 25 or 30 years. Some bankers might be willing to waive personal guarantees, a common expectation for small business loans.

Reiling says that Sunrise is not loosening its standards, noting the cyclical nature of the industry.

“We go through the same cycles and we make the same mistakes over and over again,” says Reiling of competitors lowering the bar for loans while economic times are good.

Reiling adds that traditional bank lenders are now getting more competition from credit unions and an emerging breed of online lenders such as Atlanta-based Kabbage Inc., a “fintech” (financial technology) company that promotes “small business funding for the real world.” The fast-growing Kabbage is touting nearly instantaneous access to loan or credit line funds; you can apply on your mobile phone, be approved in 10 minutes, and get access to the money on the same day.

“There’s a lot of competition in the C&I space and not just locally—online lenders are all over the place,” Reiling says. “Those non-bank lenders are very active and very technology driven.”

The tradeoff is steep interest rates; Kabbage’s rates can be as high as 80 percent.

Today there’s also increased scrutiny of the flattening yield curve between interest rates on short-term and long-term government bonds such as Treasury notes. Historically, an inverted yield curve—when long-term yields are lower than short-term rates—has been a harbinger of recession. This isn’t just of interest to bond traders who know the jargon: According to research by the Federal Reserve Bank of San Francisco, an inverted yield curve has accurately predicted all nine recessions since 1955.

“We watch the yield curve very closely,” Reiling says. “That [inverted yield curve] usually has been an indicator of a pending recession. That’s a sign that you really want your portfolio in a nice place.”

While interest rates are climbing, Rymanowski isn’t seeing a big impact yet on loan demand. “I wouldn’t say it’s caused a big influx of activity that’s just driven by interest rates,” he says.

The Federal Reserve raised interest rates again in September, the third time in 2018. Rate hikes by the Fed have so far been seen more in short-term rates such as lines of credit. “Those [short-term] rates typically move when the Fed makes a move—they kind of move in lockstep with that,” Rymanowski says.

But there’s also an uptick in another line of business that worries bankers: fraud.

“We’ve seen a troubling increase in fraud-related issues,” Rymanowski says. Some customers have found themselves tricked into sending a wire transfer “to a shell company somewhere.” Rymanowski says that banks sometimes get involved in trying to reclaim wire transfers with cash management tools.

But in the big picture, those issues aren’t putting the brakes on business.

“It’s been extremely active the past several months. General economic conditions seem favorable for most of our C&I customers and prospects,” says Todd Lee, executive vice president of banking and commercial lending with Fargo, North Dakota-based Bell Bank, a regional bank with a presence in the Twin Cities and many Minnesota cities.

“We seem to be in a period where there’s growth in aggregate loan demand,” Lee says. “I suspect corporate tax relief is part of the equation, but I think it’s more generally where we are in the business cycle.”

Lee says some competitors make loans that Bell would not be comfortable with over the long haul. He acknowledges that means losing some deals to other lenders with looser standards.

“I definitely do see easing of credit with certain of our competitors in the market,” Lee says. “It is difficult to stay disciplined at times like these. Certain customers are expecting those sorts of looser credit terms that are available in the market right now.”

Bloomington-based Bridgewater Bancshares Inc., holding company of Bridgewater Bank, is a standout example of the current robust climate for bankers. Bridgewater held its initial public offering in March, becoming the first Minnesota bank to go public in 25 years. At the end of June, Bridgewater had $1.46 billion in total loans, up about 25 percent from the previous year.

Bridgewater built its business with a focus on commercial real estate lending. At the end of June, real estate loans accounted for about 75 percent of the dollar volume of all Bridgewater loans.

While the overall economy is strong, farmers are facing big challenges. Soybean prices hit a 10-year low in July after China imposed tariffs on soybeans and other products in response to U.S. tariffs imposed on Chinese goods. Soybean prices were about $10 per bushel in early May; two months later they were down to about $8 per bushel.

Greenwood says that many farmers today are asking themselves a fundamental question: “Do they have adequate working capital to weather the next 12 months or so?”

For many that means restructuring. Greenwood calls it “rebalancing their balance sheet.” Can short-term debt be reorganized into long-term debt? Can principal payments be deferred? Many farmers are holding off on big purchases. Producers who lease their farmland are looking to negotiate better rental terms. The mood for many? “Batten down the hatches,” Greenwood says.

“U.S. farmers today are probably the best in the world at raising competitive agriculture products, but exports are very important for almost any ag product today,” Greenwood says. “We need access to the export markets in order to have good prices for agriculture.”

Tariffs, which are stinging U.S. farmers, have become something of a moving target. Uncertainty is not good for business. “We need more clarity,” Greenwood says.

As tough times linger for farmers who’ve faced several years of low commodity prices, Greenwood says borrowers should stay in touch with their bankers and be candid about their financial challenges.

“I think you’re always better off trying to have a proactive approach with your lender,” Greenwood says. “The real successful producers always have really good relationships with their loan officers.”

According to the Fed’s report: “Almost all domestic banks that reportedly eased standards or terms on C&I [commercial and industrial] loans over the past three months cited increased competition from other lenders as a reason for easing.”

The report also says: “Regarding loans to businesses, respondents to the July survey indicated that they eased their standards and terms on commercial and industrial (C&I) loans to firms of all sizes and kept commercial real estate (CRE) lending standards about unchanged on balance. Banks reported stronger demand for C&I loans by small firms and weaker demand for CRE loans.”

For the first nine months of the federal fiscal year 2018—October 1, 2017, through June 30, 2018—the Minnesota District Office of the U.S. Small Business Administration guaranteed $435.3 million in loans. That was down nearly 15 percent from the volume for the first nine months of fiscal 2017, when the Minnesota District Office guaranteed $510.3 million in SBA loans.

While the first quarter of fiscal 2018 saw an increase in loan volume, the tide turned in March—the first month that the Minnesota District Office experienced a loan volume drop compared to the previous year.

“SBA lending may be inverse to a strong economy. If small businesses can access credit elsewhere, or have more cash on hand, SBA lending might decline,” says Nancy Libersky, SBA’s Minnesota district director. “Several of our high-volume lenders have experienced declines in their SBA loan guarantees in FY18, which has weighed down our overall numbers.”

The SBA does not lend money. Instead, the federal agency guarantees a significant portion of loans made through its programs. SBA backing allows banks to lend to small business owners who otherwise would be unable to land a traditional loan to start or grow a business.