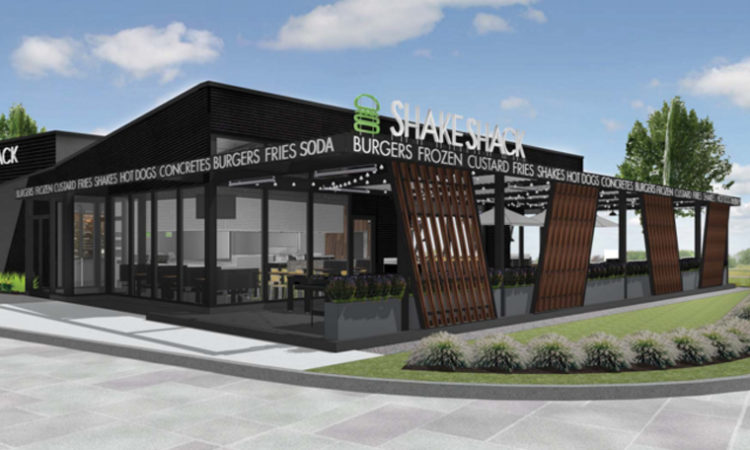 If approved by the Edina City Council, the new restaurant would employ about 45 people, Shack Shack said in its proposal.
By Sam Schaust
August 08, 2017

Fast-growing fast-casual chain Shake Shack, known for its gourmet burgers and custard shakes, might bring a second location to the Twin Cities.

The New York-based eatery recently proposed opening a 5,000-square-foot restaurant in the northwest corner of the Southdale Center’s parking lot in Edina. The site, at the intersection of France Avenue South and West 66th Street, would employ roughly 45 workers with a minimum starting pay of about $12 an hour, Shake Shack said in its proposal to the Edina City Council.

With plans in the early stages, it’s unlikely the new location would open before the year’s end. Shake Shack still needs to submit official plans, which will require approval from the Edina City Council.

Shake Shack received much fanfare (and long lines of customers) last year when it broke into Minnesota with its first location at the Mall of America.

Since its start as a hot dog cart in Manhattan in 2004, the chain has steadily grown to include 81 locations in 17 states and Washington D.C., according to Shake Shack’s website. Counting international locations, the chain has at least 133 restaurants open so far with more planned.