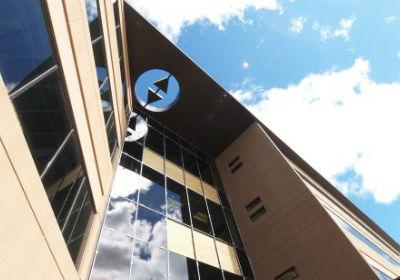 The company behind Sleep Number beds had seen its stock climb consistently over the last few months to about $27 per share, but its shares fell Thursday after the company released its second-quarter financial results.
By TCB Staff
July 28, 2013

Select Comfort said late Wednesday that its profits dropped 42 percent in its second quarter, news that sent its stock plummeting nearly 10 percent to $24.03 per share by Thursday afternoon.

But several analysts quickly reiterated their optimistic outlook for the company’s future, which may account for why the price hasn’t fallen even further.

The Plymouth-based company, which manufactures Sleep Number adjustable beds, had mostly reported quarterly profit increases during the last couple of years, and its stock was recently upgraded by analysts who said they saw potential growth for the company. On Tuesday, before Select Comfort released its second-quarter results, its shares were trading up about 63 percent from its 2013 low in early March.

Select Comfort announced late Wednesday that net earnings for the second quarter, which ended June 29, totaled $9.93 million, or $0.18 per share, down 42 percent from $16.97 million, or $0.30 per share, during the same period in 2012. Earnings per share were $0.06 lower than what analysts polled by Thomson Reuters had expected.

The profit decrease was attributed in part to increased expenses in marketing, research, and store investments, as well as transitions made in its media buying strategy, the company said.

“Results reflect the gradual and steady progress associated with re-establishing our media-buying formula, combined with continued investments in our growth priorities during our seasonally lowest sales quarter,” CEO Shelly Ibach said during a Wednesday conference call.

In early March, Select Comfort said it had been experiencing underwhelming sales since February, due largely to “accelerated changes made to [its] media-buying strategy.” The company had transitioned from using multiple agencies for its media buying to transferring everything, including its internal media planning, to a single agency. According to Ibach, the move caused the company to lose a portion of its target audience and also resulted in a 30 percent drop in national TV ad spots.

“Our media-buying formula was back on track in April,” Ibach said in the Wednesday call. “In May, we returned to prior-year media-spend levels and began to increase spending mid-month and into June.”

Sales and marketing costs increased 11.5 percent to $98.4 million in the second quarter, research and development doubled to $2.6 million, and capital expenditures for the first six months of 2013 totaled $37.1 million, up 65 percent from $22.5 million in 2012—driven by increased investments in stores, technology, and new products.

Select Comfort said it plans to further increase its media spending throughout the year. So far in 2013, it has increased 7 percent; however, Chief Financial Officer Wendy Schoppert said during the conference call that media spending will see “a sizable increase from the 7 percent [seen] in the first half.”

Select Comfort’s revenue totaled $207.4 million, up 1 percent from $205 million in the second quarter of 2012. Second-quarter revenue fell just shy of the $210.8 million that analysts expected.

Select Comfort reaffirmed its full-year earnings expectations of $1.30 to $1.45 per share, although that range had been lowered in April from between $1.65 and $1.80, due to the company’s “media-buying issue and slowing industry trends.”

During the second quarter, the company opened 17 stores and closed 15, ending the period with 413 locations.

Despite the stock price and profit declines, Select Comfort pointed out that several analysts have said they remain optimistic about the company’s future.

St. Petersburg, Florida-based Raymond James Financial, for example, reaffirmed its “outperform” rating, despite Select Comfort’s second-quarter miss. Los Angeles-based Wedbush Securities said it remains optimistic that an increase in media spending and new products will drive recovery in the second half of the year, and it too reiterated its “outperform” rating. And Stifel Financial, based in St. Louis, said the company is positioned for stronger third and fourth quarters.

Select Comfort is one of Minnesota’s 40 largest public companies based on annual revenue, which totaled $935 million in its latest fiscal year.