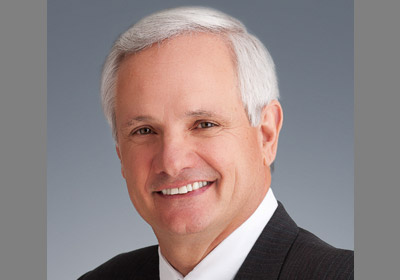 Securian Financial Group announced Wednesday that Chairman and CEO Robert Senkler will retire as CEO after 20 years in the role, to be replaced by President Christopher Hilger.

The St. Paul-based financial firm said Senkler, a 40-year veteran with the company, will step down as CEO at the end of the year but will remain chairman of the board.

“Chris grew up in the insurance industry and has a proven record of success as an entrepreneur and business leader who has led the development and execution of Securian’s current growth strategies,” Senkler, 61, said in a statement. “Preparing internal candidates for greater responsibility is a cornerstone of our culture. We have been working for the past several years to make this a successful leadership transition.”

Securian is among Minnesota’s five largest private companies based on revenue, which exceeds $3.5 billion annually. The company employs more than 3,700 people.

Hilger, 49, was appointed president of the company in 2012 and also serves as CEO of Allied Solutions, a Securian subsidiary that is based in Indianapolis and distributes insurance products and services to financial institutions.

Hilger joined Securian in 2004 when the company bought Allied Solutions. He became senior vice president of Securian’s financial institutions group in 2007 and in 2010 was promoted to executive vice president, a role that involved taking on the additional responsibility of managing the company’s group insurance business. Hilger has been in the insurance industry for 25 years.

“His selection as our next CEO demonstrates the board’s trust in his stewardship and leadership capabilities,” Senkler said. “I am confident that under Chris’s leadership we will continue Securian’s record of excellence.”

Hilger grew up in Indianapolis but was born in St. Paul and currently serves on the board of Minnesota Philanthropy Partners.

Securian Financial Group and its affiliates offer insurance, investments, and retirement plans to individuals and businesses. It is the holding company for a group of financial services businesses, including Minnesota Life Insurance Company, Advantus Capital Management, Securian Financial Services, Inc., and several others.