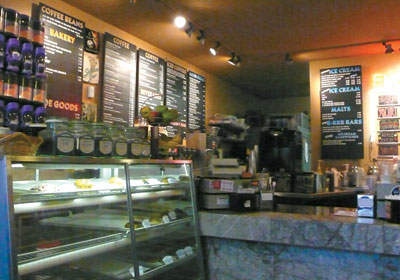 At a time when frozen yogurt shops are popping up like dandelions, longstanding ice cream retailer Sebastian Joe’s continues to flourish. Co-owner Mike Pellizzer says he hasn’t lost business due to the new trend, and his customers mainly come to him for homemade ice cream, though he does offer a handful of fro-yos and sorbets.

While he faces competition from Sonny’s, Izzy’s, and the other creameries in town, Pellizzer says what sets Sebastian Joe’s apart is the unique flavors he develops monthly, as well as the quality of ingredients. “We’re 16 percent butterfat, with 2 percent eggs in our mix. Not everyone else who’s making homemade ice cream is using that quality of mix.”

Not everyone else roasts their own coffee beans or bakes their own sweets on-site, either. Five years ago, with coffee quality improving at java shops around town, Pellizzer’s brother Tim, a co-owner, pushed for adding an in-house roaster to ensure freshness and quality—two factors that have driven their ice cream business since inception. Coffee now accounts for a quarter of in-store sales and helps smooth out seasonal fluctuations.

Nearly 30 years in, Pellizzer credits a big part of his scoop shops’ success to “connections with the neighborhoods that surround us and working on new flavors with neighborhood groups.”

Nicollet Avenue Pothole became his third-best-selling flavor (behind raspberry chocolate chip and Oreo) after it was concocted with the help of the Kingfield Neighborhood Association to bring attention to the repaving needs of that street. This “activism ice cream” brought revenue-generating publicity to the shop. After street repairs were added to the 2013 budget, a call from Mayor R. T. Rybak prompted Pellizzer to change the flavor’s name to “The Flavor Formerly Known as Nicollet Avenue Pothole.”

This type of involvement in the communities he serves, says Pellizzer, “has really paid dividends to us over the years.”