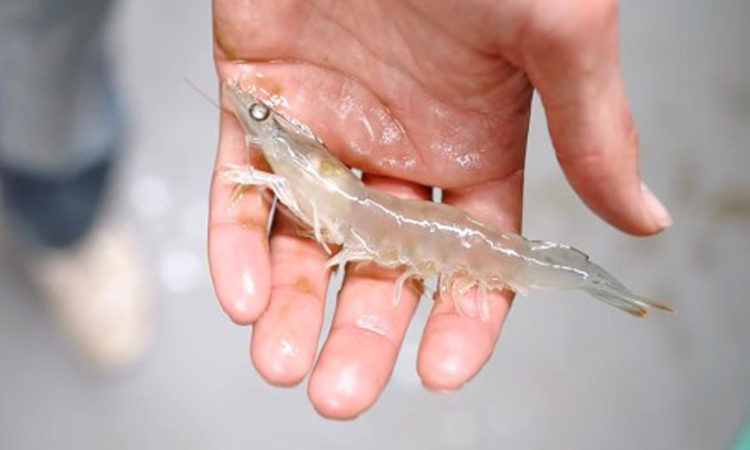 Schwan’s Company is making an undisclosed capital investment in its Marshall-based neighbor, while also agreeing to lease one of its facilities.
By Sam Schaust
August 15, 2017

Two food companies in southwest Minnesota, Schwan’s and the Tru Shrimp Company, are forming a strategic partnership that includes “a significant investment” in both capital and production space for Tru Shrimp.

Schwan’s, known for its door-to-door food delivery service, will lease a facility in Marshall Industrial Park near its headquarters for Tru Shrimp. The space, after being renovated, will become Tru Shrimp’s processing and packaging plant. Details of the investment were not disclosed.

In the two years since it was founded, Tru Shrimp has grown to be one of the most-hyped food startups in the state. Founded as a spinoff of Marshall-based livestock nutrition company Ralco, it uses a unique aquaculture system of staked tanks (or “tidal basins”) to produce shrimp. From a single “harbor,” Tru Shrimp said it can make more than 8 million pounds of shrimp a year.

“What is happening in Minnesota has not been done anywhere in the world,” Tru Shrimp president and CEO Michael Ziebell said in a statement in June. “There are 1.6 billion pounds of shrimp consumed annually in the U.S. and 80 percent of it is imported, primarily from Southeast Asia.”

The startup also has plans for a shrimp production facility in Luverne and a training facility in Balaton.

On top of the agreement Tru Shrimp announced Tuesday with Schwan’s, it said it is “working through the details” of also opening a second facility in Marshall, which would function as its shrimp hatchery.

“The Schwan’s Company investment completes the capital footing of Tru Shrimp and fuels our plans to full speed,” Ziebell said in prepared remarks on Tuesday. “Work is progressing on every aspect leading to the production and marketing of safe and abundant shrimp.”

In a statement, Schwan’s CEO Dimitrios Smyrnios said he and others at his food company had been watching Tru Shrimp “with great interest” in its early stages.

“At Schwan’s, we are intrigued and excited about the possibilities of in-land shrimp production and view this as an excellent opportunity to provide consumers with a predictable and traceable supply of nutritious shrimp,” he said. “We are also proud to work with Tru Shrimp as it develops its core business in our hometown of Marshall to the benefit of the southwest Minnesota area.”

Cal Brink, director of the Marshall Economic Development Authority, agreed, noting that the collaboration of two neighboring companies in Marshall would benefit the area at large.

“Any time you have two companies in the same community working together on a project that has this kind of economic development potential,” he said in a statement, “it is a big win for Marshall and the region.”