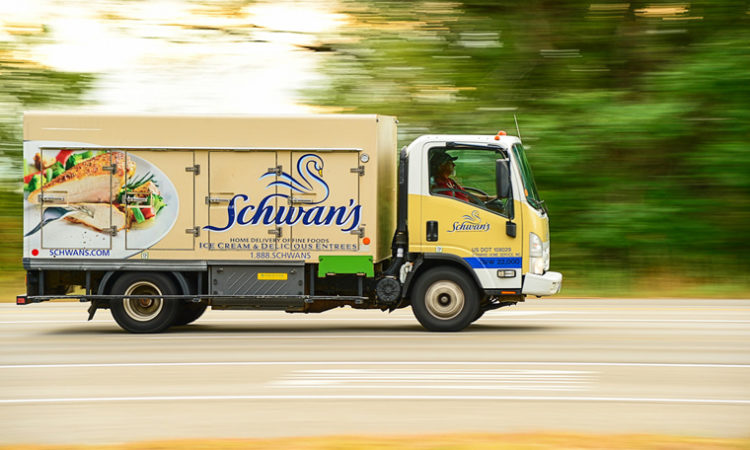 The food company is one of the largest private businesses in the country and could fetch a deal upwards of $2.5 billion, according to people close to the situation.
By Sam Schaust
December 01, 2017

Early estimations suggest the company could sell for north of $2.5 billion, the sources said. However, it is unclear whether Schwan’s—which turned 65 years old this year—would be planning to sell the company as a whole, in pieces, or not at all.

Schwan’s had roughly $260 million in earnings before interest, taxes, depreciation and amortization in its last fiscal year, the sources noted.

Among the buyers that could be in running to buy Schwan’s, CNBC pointed out, is Thailand-based CP Foods, which just last year acquired Minneapolis frozen food business Bellisio Foods.

On paper, Schwan’s would be an attractive purchase for competitors looking to grow in the frozen food space. The company’s portfolio of popular brands include Mrs. Smith and Edwards pies, Pagoda Asian cuisine, and frozen pizza makers Red Baron, Tony’s and Freschetta.

Moreover, Schwan’s has been building up its portfolio over the course of 2017. The company made purchases of three pizza-related businesses during the summer and followed that up with “a significant investment” in Tru Shrimp, an up-and-coming shrimp farming operation in southwestern Minnesota. Additionally, in September, Schwan’s committed $5 million to a subscription-based baby food service known as Raised Real.

Schwan’s and Piper did not immediately respond to requests for comment.

Metin Ãakir, associate professor in the University of Minnesota’s department of applied economics, told TCB, “the food industry as a whole has been growing by about 1 to 1.5 percent a year,” based on data from the U.S. Department of Agriculture.

As a result, food companies nationwide have turned to consolidation as a means to drive growth. One of the largest instances of this came in 2015 when H.J. Heinz Co. acquired Kraft Foods Group in a deal estimated in the tens of billions of dollars.

If Schwan’s were to find a buyer, it could lead to the departure of yet another Minnesota-based company. In the December issue of TCB, editor-in-chief Dale Kurschner analyzed the state’s loss of Fortune 500 companies and other sizeable local businesses in recent years and how that could stifle Minnesota’s ability to grow as a whole.