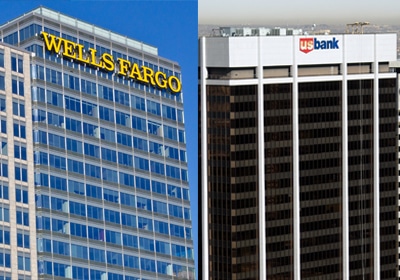 There were double-digit increases for loans to businesses owned by women and veterans.
By Burl Gilyard
October 26, 2017

The Minnesota District Office of the U.S. Small Business Administration (SBA) reports that entrepreneurs and small business owners in the state borrowed $681.2 million from its primary loan programs in the fiscal year that just ended. That was a nominal decline from the $685.3 million in SBA-backed loans for the previous year. The federal fiscal year ran from October 1, 2016, to September 30, 2017.

But while the overall amount of SBA loans in Minnesota didn’t change much, some categories posted big gains. Loans to veteran-owned businesses were $36.9 million for the year, an increase of 15 percent. Women-owned businesses in the state secured $102.6 million in SBA-backed loans, which was up 14 percent from the previous year.

Minnesota’s ranking among SBA offices for total approved loans also increased. There are 68 district offices across the country; the Minnesota District Office ranked 10th for the number of loans approved for fiscal 2017. That’s up from 12th place in the previous year.

The SBA does not lend money. The federal agency guarantees a significant portion of loans made through its programs. That allows banks to lend to small business owners who otherwise would not be able to get a traditional loan. SBA loans are used to help entrepreneurs start or grow small businesses.

Wells Fargo Bank was the top SBA lender in Minnesota by both the dollar value of loans ($66 million) and the total number of loans (209) for the year. Parent company Wells Fargo & Co. is based in San Francisco, but the bank has a large presence in Minnesota with more than 20,000 employees here.

Minneapolis-based U.S. Bank ranked fourth for loan dollar value ($30.8 million), but was second in the state for the total number of loans (135).

The list of top lenders in Minnesota may include some names that are not commonly recognized because they don’t operate consumer banks. Vadnais Heights-based TCM Certified Development Company and St. Cloud-based Minnesota Business Finance Corporation, for example, are both nonprofit certified development corporations that promote economic development through the SBA’s 504 loan program. Funds from that program can be used by small business owners to buy land, buildings, and equipment. 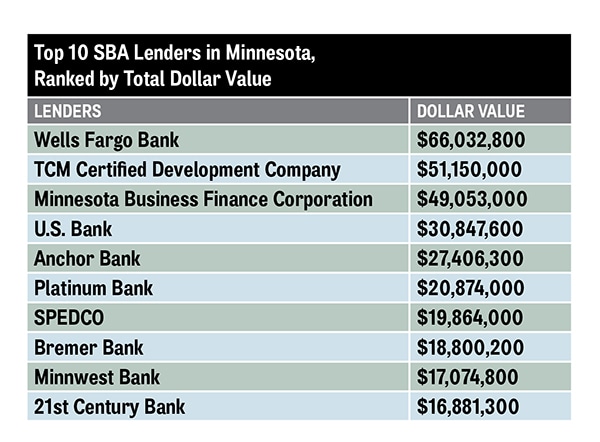 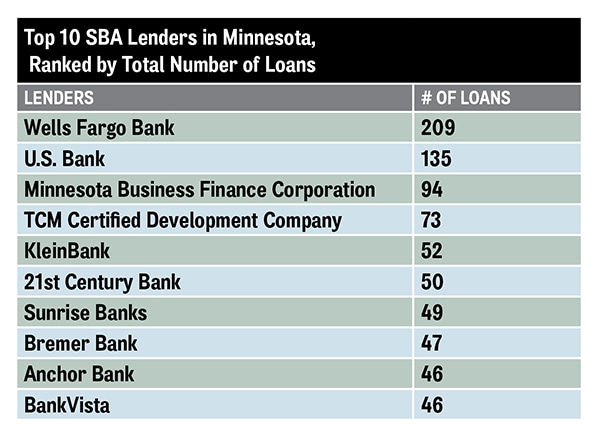