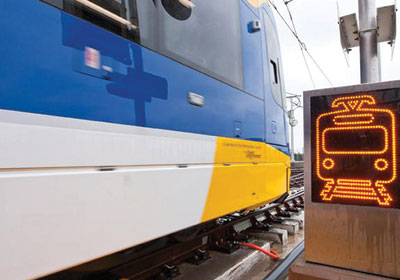 Dissolving the Counties Transportation Improvement Board would allow counties in the Twin Cities to fund transit projects — without any money from the state of Minnesota.
January 27, 2017

It may seem counterintuitive that the best way to fund mass transit in the Twin Cities might be to destroy the entity that provides nearly a third of the funding for mass transit.

But that is the strategy being advanced by those in favor of completing a network of light rail and bus rapid transit lines throughout the Twin Cities: to dissolve the Counties Transit Improvement Board — the five-county entity that collects a quarter-percent sales tax to build new Metro Transit lines — and let the counties go it alone.

Taking such a path would add to the complexity of funding, building and operating future transit projects, such as the Bottineau Blue Line extension or the Gateway bus rapid transit line. But, thanks to a quirk in state law, it would also allow counties in the Twin Cities to double the sales taxes they collect for transportation needs.

In fact, by leaving CTIB, Hennepin, Ramsey, Washington, Dakota and Anoka county commissioners could increase the current sales tax in their respective counties from 0.25 percent to 0.50 percent. That extra money — $80 million to $90 million a year in Hennepin and Ramsey counties alone — would allow many of the rail and BRT projects that now sit in the planning stages to be funded without any money from the state of Minnesota.

The maneuver would even provide enough money to cancel the ad hoc funding plan that preserved SWLRT last summer — the so-called certificates of participation that the Met Council had agreed to sell to replace state funds for the project.

The dissolution plan is already permitted by state law, removing the chances that it could be tied up in the conflict between Gov. Mark Dayton and the Legislature over transportation, an impasse now entering its third year.

A step back for regionalism?
The plan will be presented to the House transportation committee at the Legislature on Tuesday. Then on Wednesday, the CTIB board will consider a resolution declaring its preliminary intent to dissolve the operation.

“If you’re a protagonist for greater regionalism, it’s — on its face — a step in the wrong direction,” he said. “But as a regionalist, it’s a way to build out the regional transit system.”

While legislative Republicans have not been supportive of more light rail in the Twin Cities, McLaughlin said he thinks there is something in the plan that opponents could support. First, it would remove Southwest LRT — and going forward, light rail in general — from the legislative debate over transportation funding.

It also gets rid of the certificates of participation funding mechanism that has galled Republican transportation leaders, who have termed their use an end run around the Legislature as well as a violation of a pledge by Met Council leadership not to use them. The Met Council approved selling the certificates — a form of borrowing that pledges existing Met Council revenues of around $9 million a biennium or $4.5 million a year for repayment — last year as a last gasp maneuver to keep the project in line for a federal match. But the council decided not to issue the certificates until the summer of 2017 to give the Legislature a chance to come up with a different funding mechanism for Southwest LRT.

With the certificates, however, the Met Council met the local funding requirement by the FTA and now expects a full-funding grant agreement by summer. Construction on the $1.858 billion, 14.5-mile line could begin in the fall of 2017. But the bailout by the Met Council and Hennepin County mostly exhausted both bodies’ financial ability to replace state participation, leaving future projects in doubt unless other means could be found to come up with that 10 percent state share.

“The whole motivation is we can’t figure out a way to get that darned 10 percent from the state,” McLaughlin said.

Incentive for counties
The entire proposal is predicated on how current state law allows counties to raise money for transportation projects. All counties are permitted, by vote of their elected commissioners, to adopt local transportation sales taxes of up to 50 cents on a $100 purchase. But the five counties that agreed to form CTIB in 2008 were only permitted by the Legislature to raise the sales tax by 25 cents on a $100 purchase, and only for transit enhancements.

Currently, the agreement among the five counties requires three years notice before a county can pull out of the confederation; Dakota County triggered that provision last year when it decided to leave. To dissolve CTIB more quickly — McLaughlin would like it to happen by spring — all five counties would need to pass an amendment to the agreement.

There is an incentive for the counties to support the move. The additional revenue would give them the ability to build not just Southwest LRT, but the Blue Line extension to Brooklyn Park (known as Bottineau); the Gateway Corridor BRT from Woodbury to St. Paul; the Orange Line BRT between Lakeville and Minneapolis; and the Rush Line between Hinckley and St. Paul. The money could also be used for road projects in addition to transit improvements.

Ramsey County Commissioner Rafael Ortega, who is also the chair of the Ramsey County Regional Rail Authority, said he is not ready to commit fully to the dissolution strategy but is intrigued by the idea. He said Ramsey and Hennepin County commissioners and staff have already agreed on the dollar amounts involved: how much a higher tax would raise; what is needed to settle the commitments already made by CTIB; and how much future projects would need from the counties.

“There are lots of pieces to the puzzle,” Ortega said.

A new funding formula
For past projects, transit funding obligations have been split among the federal government at 50 percent, CTIB at 30 percent, the state of Minnesota at 10 percent and county regional rail authorities at 10 percent. Under the newly proposed formula, the Federal Transit Authority still would be asked to cover half the construction costs, but the state would not be involved. Instead, the counties included in a project would pay 40 percent of the cost from the higher sales tax revenue, and 10 percent from the property taxes collected by regional rail authorities.

While Southwest LRT only runs in a single county — Hennepin — the proposed Riverview Corridor project, connecting Union Depot in St. Paul to the airport, goes through both Ramsey and Hennepin counties. Under the proposal being considered, the local funding would be split among Ramsey County, Hennepin County, the Ramsey County Regional Rail Authority and the Hennepin County Regional Rail Authority. Those entities would have to negotiate how much each would pay based on estimates of how much the line serves each county.

The Green Line between Minneapolis and St. Paul, for example, had a 70-30 split of the regional rail authority share: 70 percent from Ramsey and 30 percent from Hennepin. The Met Council would continue to receive money from the other governments and manage construction and operation of the lines.

Annual operating costs have a different formula. As of now, 50 percent of those costs have come from CTIB and half from the state via an appropriation to the Met Council. McLaughlin is asking that Met Council continue to cover half the costs and the remaining 50 percent would come from each county instead of CTIB.

The politics of transit
Funding for mass transit — especially Southwest LRT — has been at the center of a transportation funding impasse at the Legislature for years.

Gov. Mark Dayton has proposed letting the five CTIB counties increase their transit taxes by 0.50 percent for a total of 0.75 percent. In return, the state would no longer contribute any money for construction of light rail and bus rapid transit. That offer has never been acceptable to House Republicans, and deals that contained both transit and road funding have repeatedly failed.

As the 2017 legislative session is getting started, similar dynamics exist. McLaughlin, however, thinks the CTIB dissolution strategy could help. If it takes funding for Twin Cities light rail out of the state transportation budget, it could let Dayton and the Legislature concentrate on a statewide roads and bridges plan.

At the end of the 2016 session, the counties were asked by some legislative leaders to fashion a plan similar to what is being proposed now, McLaughlin said. At the time, McLaughlin said it had potential but that more time was needed to look into it.

Ortega said the Legislature remains a question mark. He said the new GOP majority in the Senate, along with the continuing GOP majority in the House, includes a lot of new members. “We have to explain what we are doing and why,” Ortega said. “We have to come up with a solution and put it in front of them and advocate for why this makes more sense.”

In the past, Met Council chair Adam Duininck, Dayton’s lead on the transit aspects of transportation funding, has been worried about the CTIB breakup strategy because it would disrupt the regionalism that was one reason for its creation. Under CTIB, the five counties all pay into a fund and then decide jointly how it should be spent. Losing the central planning and funding aspects of CTIB “would add a huge level of complexity for us,” Duininck said last summer. “We would have to have individual agreements with each county.”

But Duininck has now come around and supports the breakup strategy, despite the loss of an organization that provided a structure for working on regional transit. “I think that can be overcome by us working closely together,” Duininck said of the Met Council and the counties.

And taking the state out of the mix for paying for new transit projects not only helps with the current political atmosphere, it would bring the Twin Cities in line with national funding trends. “The trend nationally is for cities and counties and regions to raise the money themselves,” Duininck said.

Correction: Earlier versions of this story misstated the amount of money that would be needed for debt service on certificates of participation. It is $4.5 million a year.