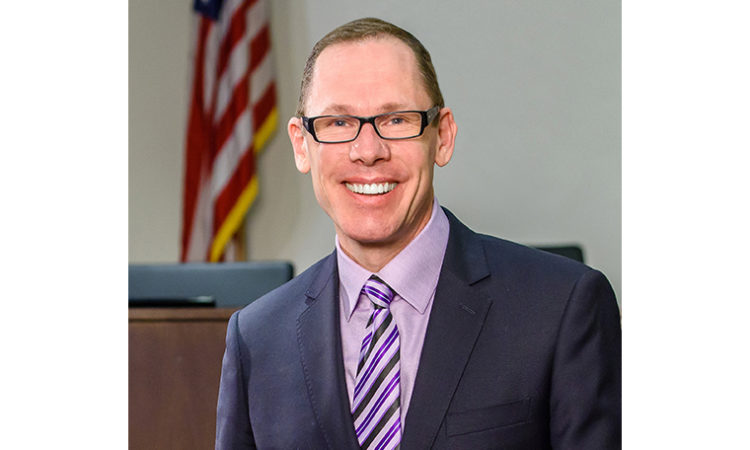 Golden Gate School of Law professor Anthony Niedwiecki has been chosen to serve as president and dean of Mitchell Hamline.
By Kait Ecker
February 18, 2020

Mitchell Hamline School of Law on Tuesday announced that Anthony Niedwiecki has been appointed president and dean. He’ll start the new job July 1.

The news comes after Mark Gordon stepped down from the job at the end of June last year, with Peter Knapp serving as the interim dean in the meantime.

Niedwiecki is currently a dean and professor of law at Golden Gate School of Law in San Francisco. During his three-year tenure with the school, he’s helped develop a partially online J.D. program. With more than 25 yearsof experience in practicing and teaching law, Niedwiecki was selected out of four finalists.

“I’m a Midwesterner at heart, so this is, in a way, coming back home to me,” Niedwiecki said. “They’re doing great, innovative things at [Mitchell Hamline], and the school’s mission of access and opportunity is something that draws me to the school. I’m a first-generation college student, so I really want to be working at institutions that provide opportunities for those who wouldn’t otherwise be able to go to law school.”

One of his main goals? Diversifying the school and strengthening its online programming.

“The legal profession hasn’t really changed and diversified very much over the last 20 years, and so it’s important for schools to take the lead on that and make sure they’re doing what they can to diversify the profession,” Niedwiecki said.

Niedwiecki previously served as a city commissioner and vice mayor in Oakland Park, Florida. In 2007, he founded Fight OUT Loud, a national nonprofit working against discrimination toward the LGBTQ+ community. Niedwiecki said he hopes to continue volunteering in Minnesota.

“I think it’s important as a leader of this institution to be out in the community and to really do what I can to make a difference,” Niedwiecki said, noting that he’s looking to get involved in the LGBTQ and deaf communities in the Twin Cities.

As president, he’ll aim to strengthen the unity between the two schools that merged to create Mitchell Hamline, which was formed in 2015 when William Mitchell College of Law and Hamline University School of Law combined their programming.