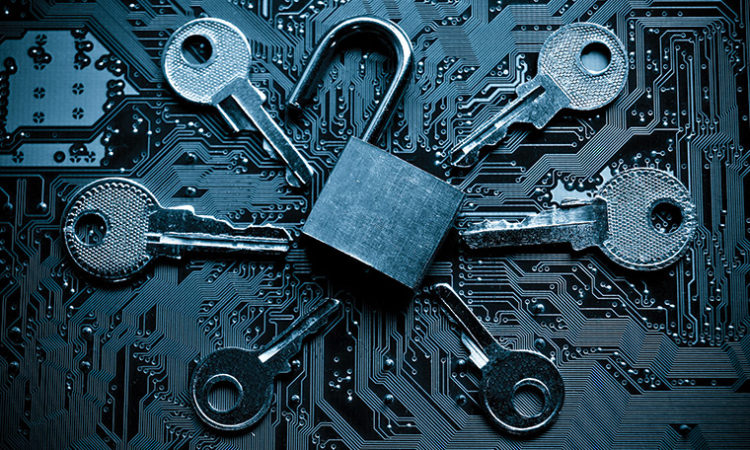 The term “intellectual property” covers a lot of ground—patents, trademarks and trade secrets.

Intellectual property theft could occur any time an employee leaves any company, on good or bad terms.

A number of factors can contribute to the likelihood that a company will fall victim to intellectual property theft, and particularly to losing trade secrets.

The Minnesota Supreme Court ruled that Electro-Craft had failed to sufficiently protect its trade secrets. Security measures at its plants were lax. Employees were not required to wear identification badges. Drawings and plans for the motors were neither locked away nor kept in a central location.

“According to the court, it is not enough for a company to intend to keep something secret—they must actually act to do so,” says Lisa Colburn, an attorney with Briggs & Morgan in Minneapolis. Colburn provided the case overview.

Enforcement of that requirement became stricter in May 2016 when President Barack Obama signed into law the Defend Trade Secrets Act, which created a private right of legal action for owners of trade secrets.

The new law provides a remedy to seize hard drives and employees’ personal mobile devices. This provision was included to allow the authorities to obtain the purloined information from ex-employees before they can transfer it to a competitor. The law also allows a judge to issue an injunction enjoining the ex-employee from sharing the information, and provides for fines and jail time.

“It’s a pretty strong deterrent, much stronger than what existed before that,” says attorney Kyle Peterson, a partner at Patterson Thuente Pedersen P.A. in Minneapolis.

Before a court can consider a company’s information a trade secret, that company must demonstrate reasonable efforts to keep it secret, according to Christopher Larus, a partner at the Minneapolis law firm Robins Kaplan LLP. Those efforts include setting policies that spell out which employees have access to the information and requiring those employees to sign documents indicating that they have read and understood the policies, says Larus, chair of Minneapolis IP and technological litigation at Robins.

Having those signatures gives the employer better odds of prevailing in a lawsuit against an employee who steals secrets, says Larus and Kristin Dean, president of Human Resources Professionals of Minnesota.

Having employees acknowledge and sign such a document makes a “huge difference,” Dean says. At Delaget, the St. Louis Park restaurant business software company where Dean works as vice president of operations, the director of IT talks to new hires about the company’s systems, policies and appropriate use of company information. This material also is included in the employee handbook.

Dean recommends that companies invest in backup software that can recover stolen information and pinpoint the employee who stole it.

Companies may also believe that noncompete agreements can protect them from losses after employees abscond with their secrets, but the courts have looked skeptically on such provisions, according to Adam Steinert, a shareholder with the Fredrikson & Byron law firm in Minneapolis. Judges look at the reasonableness of noncompete provisions in terms of their subject matter, and geographic and time scopes, Steinert says.

Judges also consider the reasonableness of a company’s attempts to protect its intellectual property, according to Peterson. In addition to having solid employment agreements, companies should limit access to the trade secrets in any way they can. That might include a manufacturer banning cell phones from the shop floor and being careful whom they allow to enter and leave their facilities. Companies that hire employees from competitors must also be wary of the secrets those new hires might bring.

“When hiring an employee from a competitor, as a company, you really need to vet them at the beginning and say, ‘Look, if there are secret things that you’re aware of, understand that we don’t want to know those things,’ ” Peterson says.

Or you could do what Plymouth-based medical device startup Urotronic Inc. did. It was founded to develop drug-coated balloons for use in the urinary tract. Its founder was a former employee of an established New Hope firm, Lutonix Inc., which makes a drug-coated balloon catheter for use in cardiac procedures.

Lutonix employee Christopher Barry of Medina left that company in May 2015 to take the job of CEO of Urotronic, but not before helping himself to “numerous trade secret files” belonging to Lutonix, according to a statement from the U.S. Attorney’s Office for Minnesota.

Barry was responsible for research and development, quality assurance and manufacturing at Lutonix. He was also directly involved in the development of Lutonix’s primary product, “an extremely valuable proprietary [drug-coated balloon] called the Lutonix 035 DCB,” the statement says.

Once he got to Urotronic, Barry transferred the stolen trade secret files from his portable hard drive onto his Urotronic work computer. He shared several procedural documents containing Lutonix trade secrets with other Urotronic employees.

Officials of Urotronic told the Star Tribune in a statement that the company had “no knowledge of or involvement with Mr. Barry’s actions. When Urotronic learned of his actions, it demanded his resignation.”

Barry, 46, pleaded guilty in May to stealing trade secrets. He agreed to pay the approximately $533,842 in investigative and legal fees that Lutonix incurred, according to the plea agreement. By pleading guilty, Barry could avoid the maximum sentence of up to 10 years in prison and a fine of up to $250,000, according to his attorney, James Volling of Faegre Baker Daniels in Minneapolis.

Barry is scheduled to be sentenced in late summer.

Companies that take advantage of new hires bearing trade secrets from their previous employers also are subject to liability under the Trade Secrets Act, according to Peterson.

“Trade secrets, which I think historically have maybe not been on par with trademarks and patents as a tool for protecting intellectual assets, are certainly bolstered by that new law with remedies like the seizure mechanism, monetary damages, attorneys’ fees you can go after,” he adds.

“Unless employees have a need to know within the scope of their employment, don’t give them access to your company’s secret sauce, so to speak,” Peterson says. “It gets to be a relatively sticky area, especially in high-tech industries. These people become experts on some very narrow aspects of technology.”

Today’s way of doing business presents its own problems, particularly with the proliferation of mobile technology and the use of independent contractors, who more readily move from company to company.

Startups are at particular risk for a wide range of intellectual property issues.

For example, potential investors who want to know about the new company’s product or service before they put money into it can easily make off with that information and license it unless they agree to sign a confidentiality agreement, Steinert says.

Startups can protect themselves by consulting an attorney who specializes in new companies. They also can include password protection for proprietary information when setting up IT systems, Larus adds.

“Being aware of these problems and setting up systems at the outset doesn’t have to be particularly complex or onerous,” he says. “A lot of the problems that I see are ones where the problem kind of arose at the early stage but it didn’t manifest itself until quite late.”

“The goal on this is to keep the horse in the barn,” McDaniel says. “There are all kinds of problems once the horse gets out of the barn. The whole trick is to prevent the theft in the first place.”