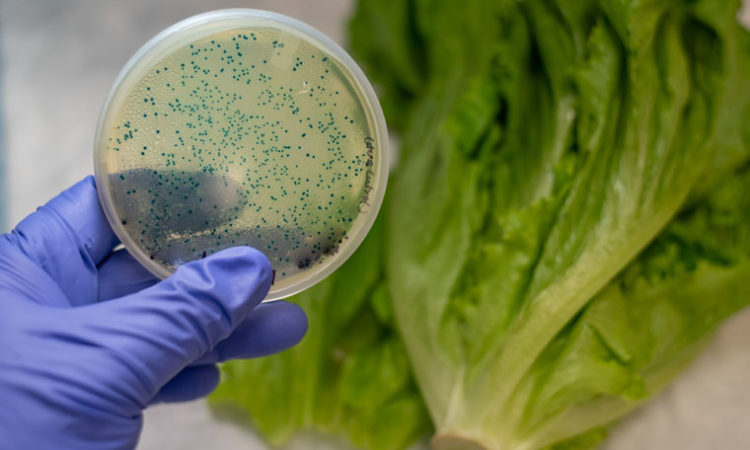 Romaine Recall Continues to Toss Up Trouble for Restaurants

The FDA says it’s safe to eat most romaine lettuce again—but will you? Skyway salad spots say the impact of the recall will be tough to overcome.
By Amanda Ostuni
December 03, 2018

The romaine lettuce is making its way back to the salad bar, but that doesn’t mean business is back to normal quite yet for Twin Cities salad restaurants and grocers.

Nearly two weeks after a nationwide recall of romaine lettuce due to an E. coli outbreak, the FDA says most romaine is safe to eat, as long as it’s not from California’s central coast. However, for businesses that depend on greens, they now must regain consumer trust and make up for financial losses.

“As soon as that warning is issued, things kind of come to a standstill,” says Stephanie Kerkinni, owner of The Salad Bar in City Center. “Our entire business revolves around lettuce… so [when] you remove it, people get worried, they don’t want to eat any lettuce, or they just don’t really know what to do.”

Kerkinni adds that when walking around the skyways last week, she saw that most of the salad eateries were empty during the lunch hours, while there were lines out the door everywhere else.

One of the other downtown Minneapolis salad spots that indeed also took a hit was Greenfield Natural Kitchen. Supervisor Beth Gregor says overall sales were down, though not all customers walked away entirely – instead they switched their orders to, for example, a grain bowl, to avoid any lettuce.

A third option people turned to was using alternative greens.

At Good to Go, the superfood mix of kale, arugula and spinach became the customer-favorite replacement for romaine. At The Salad Bar, people have been mixing iceberg and spinach, because, as Kerkinni notes, together those greens provide the dark leafy green-with-a-crunch feeling of romaine.

“The great thing about our business is that you can pick your base and then build your salad off that,” says Kerkinni. “So, it’s just trying to get people to try a different base or kind of step out of their comfort zone.”

But alternative greens are often more expensive, says Kenneth Cole, manager of Good to Go and Atlas Grill. And right now, lettuce prices are surging. Bloomberg reports a carton of iceberg lettuce fetched $60 wholesale last week, up from $24 on Nov. 19. 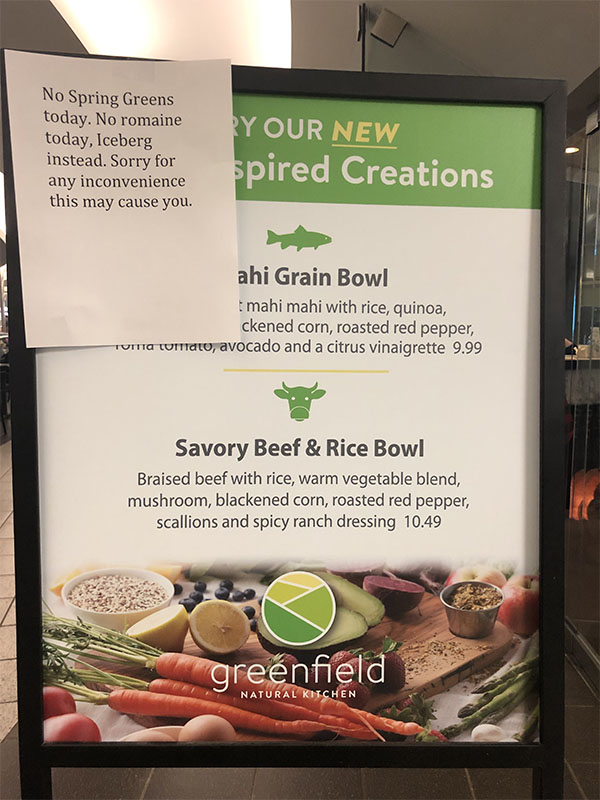 The Salad Bar, Good to Go and Greenfield Natural were all expecting fresh shipments of romaine by the late last week. It’s not the first recall they’ve endured—they actually had to yank romaine, albeit for a shorter time, just six months ago—and it probably won’t be the last.

“This is really [just] a short-term inconvenience,” Cole says.

Adds Kerkinni: “Obviously our customer comes first and so does their safety, so we just have to go with the flow…We just want to serve a great quality product.”

Now that the flow is going back in romaine’s favor, Kerkinni says she’ll update signage at The Salad Bar to let people know they have good lettuce. Bix, the eatery’s supplier, will provide paperwork identifying where the romaine was grown, to certify it’s safe to eat, she explains.

“I worry that people might still be concerned that maybe the romaine isn’t safe to eat or still might have reservations,” says Kerkinni. “[But] hopefully we’ll be able to grow back our customer base, we’ll be able to regain that trust.”