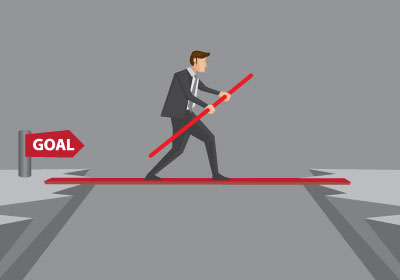 Banks want to lend money to customers with strong financials, but many businesses are taking a cautious approach to acquiring debt.
May 07, 2015

Schuler Shoes is an old-school family-owned company that marked 125 years in business last year. At this stage, you might think that the company’s business is a familiar, well-trodden path.

But Schuler Shoes is not standing still. The company has just opened a brand-new store, its 10th, in the Highland Park area of St. Paul. In Roseville, the company plans to move to a new store that’s under construction. In both cases, the company owns the new stores—a notable investment for Schuler Shoes, which has traditionally leased space.

“Interest rates are good, and banks have money. They’re looking for customers to lend money to,” says John Schuler, president and CEO of Schuler Shoes. “I’ve got four children in the business. I’m building the business for them. If you’re not growing, you’re going backwards.”

With interest rates on commercial loans remaining low, Schuler saw an opportunity to expand and solidify the family business. The 70-year-old Schuler bought the business from his father in 1972 and says that he has “no plans to retire,” even as he has started the process of transferring some of the company ownership to his children.

Schuler Shoes has annual revenue of approximately $40 million. The company has nine Twin Cities-area locations and one store in St. Cloud. In Roseville, Schuler Shoes has been a tenant of the HarMar Mall for 17 years. But as his lease was expiring, Schuler saw a chance for a new store.

“I found a piece of property very close. It was important that it was close, because I didn’t want to move out of the neighborhood,” says Schuler.

The store under construction lies in the shadow of the Roseville Target store. Schuler’s site was excess land for the big-box retailer.

“Target owned it. It’s part of the parking lot, and they really didn’t need it,” says Schuler. The store is set to open in late August or early September.

He says the Roseville store’s total project cost is more than $4 million and that the Highland Park store cost more than $3 million. Both numbers include costs for land, construction and fixtures in the new buildings.

The Roseville store will offer 9,000 square feet of retail space; the newly opened Highland Park location is 6,000 square feet. Both locations also have basements, which is important to Schuler so the business can have enough storage space for inventory that’s not displayed on the sales floor.

Schuler says that he was scouting for a Highland Park site for seven to eight years before finding a site, which turned out to be excess land a developer had next to a new Walgreens store. The Schuler Shoes store in Highland Park opened Feb. 25.

“Highland Park is a very established neighborhood,” says Schuler. “We seem to do very well in a neighborhood setting.”

Schuler has a long-term relationship with Citizens Independent Bank, based in St. Louis Park.

“I’ve been doing business with them for a long time,” says Schuler. “There’s no better partner than a good banker that can work with you and make sure you’re making good decisions.”

Schuler says that he paid cash for the property sites and is also paying cash for construction costs. But when the projects are complete, he’s taking out new mortgages against the properties, which will provide him with operating capital for his business. “This way it just works out the easiest,” he says.

“The mortgage rates are unbelievable right now,” says Schuler. “If you buy and build in a good location, you don’t have to be negotiating every five years with your landlord. It just really seemed to make good sense.”

Christian Johnson was 29 years old when he opened Spyhouse Coffee at the corner of Nicollet Avenue and 25th Street in south Minneapolis in 2000.

Many small business owners get their start with loans guaranteed by the U.S. Small Business Administration. Over the last five years in Minnesota, the SBA has guaranteed more than 9,400 loans totaling $3 billion.

The SBA does not make loans directly to small businesses. The SBA sets the loan guidelines and guarantees a portion of the loans, which are made by SBA partners that include banks and community development organizations. Minnesota has more than 400 guarantee SBA lenders.

In 2011 the SBA increased the maximum loan amount from $2 million to $5 million, says Nancy Libersky, Minnesota district director for the SBA. That change pushed the dollar volume of loans higher in 2011, Libersky notes.

As the economy has improved, some business owners are now in a position to chase conventional, non-SBA loans as banks compete for customers.

“Over the past 10 years the Small Business Administration has recognized that the needs of small businesses have changed, therefore lending to small businesses must change,” Libersky noted. “SBA began streamlining and simplifying many of the loan programs in order to provide more access and opportunity for both lenders and small businesses.” —B.G.

“The day we opened I had like $7 in my pocket,” recalls Johnson of what was then another hip, stand-alone independent coffee shop.

But Johnson has built Spyhouse Coffee Roasting Co. into a multi-million-dollar business that has three locations and a coffee-roasting operation with national accounts. The fourth Spyhouse Coffee is slated to open in the North Loop area of Minneapolis in June. Johnson declines to disclose specific revenue, but says that he has 37 employees, which will grow to 45 when the North Loop location opens. He recently began offering health benefits to employees.

Johnson, who is both owner and director of operations, has built his business with a lot of sweat equity.

A liberal arts graduate from the University of Minnesota, Johnson says he learned the basics of business when he had a paper route as a kid delivering the Forum in Fargo, N.D. Carriers had to buy their newspapers from the publisher and then collect money from subscribers.

Johnson has worked with Crown Bank, which has offices in Minneapolis and Edina, since 2004. He has tapped Small Business Administration loans as he has built his business. He restored a vintage roaster from the 1950s when he expanded into the coffee roasting business.

“Opening retail is a lot of work. This seemed to be the appropriate next step for us to grow as a company,” says Johnson of the roasting business. He explains that the design of his stores and the company’s attention to detail have helped set the business apart from competitors.

When he opened his first store, he wrote a 30-page business plan outlining his vision. Today, Johnson says, “I don’t have to write business plans anymore.”

“I am highly against for-profit businesses using [crowdfunder] Kickstarter,” says Johnson. “I think it’s taking advantage of the public and I think it’s really digital panhandling.”

He’s also wary of piling up too much debt for his company as he expands.

“I’m pretty hell-bent on paying stuff off,” says Johnson. “I can live like a college kid and just pay off all my debt.”

The mood among local bankers in 2015 is optimistic, but they are still guarded about the outlook. While many are seeing an uptick in commercial loans to their customers, there is hardly an explosion of new business. Company owners who came through the Great Recession have found ways to operate leaner and are less inclined to rack up debt, even as their business improves.

“The overall loan demand is moderate. There are some people who are interested in expanding, but there’s still a lot of caution out there,” says Rick Wall, CEO of Highland Bank, which has assets of $470 million and five Twin Cities-area locations.

Commercial real estate accounts for about half of the bank’s loan volume, Wall says. That’s good news for Highland: There are construction cranes all over town as commercial building has bounced back.

“A couple sectors that have been pretty aggressive are senior housing and apartment lending,” says Wall.

But, he adds, he’s also seeing some customers who had vowed that they would never take on debt again. Now they are starting to flex their muscles to borrow some money. He says that macroeconomic factors seem to be less important than a company owner’s personal philosophy and comfort with leverage.

“When are they comfortable taking more risk again? Everybody has their own little road map. It’s case by case by entrepreneur,” says Wall.

He notes that interest rates for commercial real estate loans remain low, in the range of 4 to 6 percent.

“Nobody can predict interest rates, at least nobody I know. But if you are thinking of expanding, the interest rate environment right now is very good,” says Wall. “Who knows when that will change?”

At Edina-based Fidelity Bank, senior vice president and chief credit officer Todd Williams says that he’s encouraged to see loan volume up 15 percent so far this year. Fidelity, which is primarily a commercial bank, has assets of about $450 million.

“It seems like business is actually trending up,” says Williams. “Our commercial contractors, their business and backlog has never been larger.” He notes there are so many projects going on in town that they are having a hard time keeping up, especially with labor.

Williams says that clients in the technology and manufacturing sectors are buying new equipment and expanding. “People are using their [credit] lines and expanding,” says Williams.

Other customers want to buy real estate, something that few business owners would have done five or six years ago during the depths of the recession.

“I see a number of clients that are looking at acquiring another competitor, if they can,” says Williams.

Chip Norris, president of the Twin Cities market for Alerus Financial, a Grand Forks, N.D.-based bank, echoes the sentiments of his fellow bankers. Norris says that assets for Alerus in the Twin Cities area are nearing $400 million.

“There is some borrowing out there, but people aren’t knocking the doors down looking to borrow money,” says Norris. “We just haven’t seen a huge amount of expansion in our customer or prospect base.”

Norris says that on average, Alerus borrowers have only tapped about 40 percent of their available credit lines, leaving plenty of “dry powder” for businesses to draw on.

“[With] most of the credit requests and everything that we see, we’re finding that borrowers are pretty creditworthy. We kind of find ourselves maybe hoping that they would borrow more,” says Norris. “We have a lot of lines of credit with plenty of room left to be tapped.” TCB