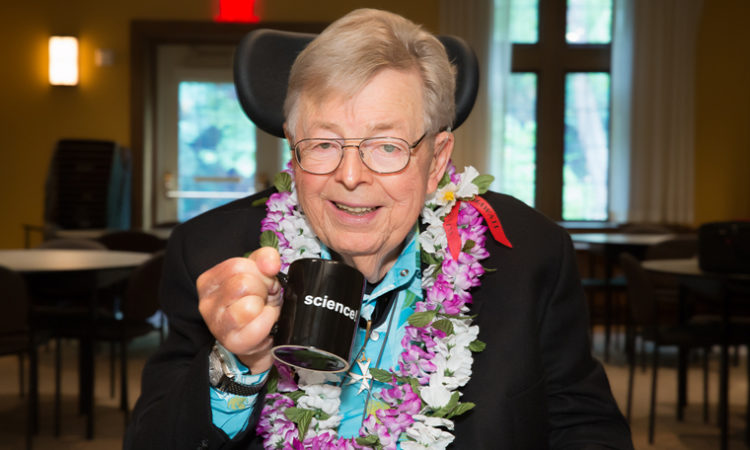 Earl Bakken in 1994. (Photo courtesy of The Bakken Museum)

At the age of 94, Columbia Heights native Earl Bakken passed away on Sunday. Many on Monday are remembering him for his positive (and oftentimes life-saving) contributions.
By Sam Schaust
October 22, 2018

One of the most prolific scientific minds—not just from Minnesota, but the world at large—passed away on Sunday. Earl Bakken, arguably best known as the founder of Medtronic and inventor of the world's first wearable, transistorized pacemaker, died peacfully at the age of 94 in his home on Kiholo Bay on the Big Island of Hawaii.

Although he spent his later years mostly away from his home state, Bakken life was deeply rooted in the Twin Cities area. Born in Columbia Heights, Bakken went through the city's school system, graduating in 1941. Before attending college, Bakken served in the Army Signal Corps during World War II as a radar instructor. Upon leaving the Army, he enrolled in the University of Minnesota, where he earned his electrical engineering degree.

It was during his years as a graduate student that his prowess in the field of medical technology began to take off. While working part-time repairing lab equipment at Northwestern Hospital in Minneapolis, Bakken realized there was strong demand for his services. That need eventually led to the founding of Medtronic on April 29, 1949. The company's start was modest: Sales of $8 in its first month with its headquarters based out of a 600-square-foot garage in Columbia Heights. The garage was owned by Bakken's brother-in-law Palmer Hermundslie, who co-founded Medtronic with Bakken. 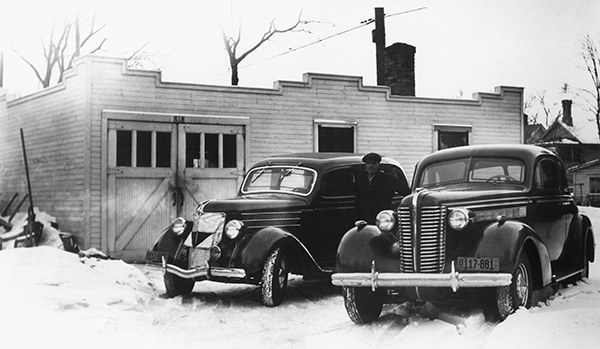 Bakken's fascination with electrical engineering came early in life (and in part from a love of the 1931 film “Frankenstein”). His earliest inventions included a kissing machine to test a couple's chemistry, a weapon to shock bullies, and a mechanical man that could walk and smoke cigarettes. Ironically, Bakken's landmark invention—the external pacemaker—originated from a local power outage.

During the outage a surgeon that had been pioneering procedures to help “blue babies” born with heart defects asked Bakken to find a way to save his patients after one died at University Hospitals in Minneapolis. By adapting a circuit described for an electronic transistorized metronome in the magazine Popular Electronics, Bakken not only gave birth to one of the greatest feats in modern medical technology, but subsequently established Medtronic as a medical device manufacturer. 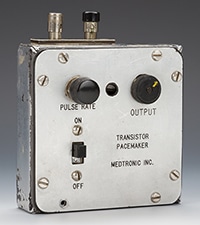 While this discovery would go on to extend the lives of millions worldwide, Bakken's 40 years as Medtronic's CEO established the company as a leader in its field. At the time of his retirement as CEO in 1989, Medtronic had $653 million in revenue—earning it the 424th spot on the Fortune 500. Today, Medtronic is the largest medical device company in the world with nearly $30 billion in revenue and more than 86,000 employees.

Despite his passing on Sunday, Bakken's legacy will live on in Minnesota, including from The Bakken Museum in Minneapolis, where people of all ages can learn about the history of electricity and magnetism and their usage in science and medicine.

Meanwhile, on Monday, companies and individuals from all around Minnesota have been voicing the impact Bakken made on their lives and the world as a whole:

We're deeply saddened to share that our co-founder, Earl Bakken, died peacefully today at the age of 94. Earl inspired greatness & challenged us to achieve the impossible. Thank you, Earl, for your vision & immeasurable contributions to medical technology. #EarlBakken pic.twitter.com/BX9boUWauw

Greatly saddened to hear about Earl’s passing. May he Rest in Peace. Our thoughts and prayers are with him & his family. Our commitment to uphold & live the Mission that he crafted is stronger than ever. pic.twitter.com/VndLjgJCjz

A giant has fallen: Medtronic founder Earl Bakken died today at his home in Hawaii. He was 94 years old.
For 94 years Earl was a visionary, humanist and pioneer. He not only invented the pacemaker but created entire medical technology field. A believer in healing the whole person

Our thoughts are with the family of Earl Bakken at this time of loss. Earl’s work continues to save lives and inspire innovation in the medical field. We are proud to uphold his legacy and share his passion for invention with youth and adults alike. pic.twitter.com/YP2W1eJn9U

Flags lowered at @Medtronic today following the passing of Earl Bakken. From tinkering in his garage to a massive healthcare company, Earl’s Mission will endure. More —> https://t.co/aTaoRPaQ3u pic.twitter.com/HpAxQsIUQK

Today, we mourn the passing of @Medtronic co-founder Earl Bakken, a medtech pioneer whose generous, innovative spirit has helped save and improve millions of lives. His vision for a healthier world will continue to inspire health progress. https://t.co/AfWKqbzgET

I will be forever grateful for the opportunity to spend time with and learn from Earl Bakken, who died today. It was an honor to be part of the team to carry on his legacy and uphold the Mission he crafted at @Medtronic. pic.twitter.com/czDkhkuFYv

Minnesota icon Earl Bakken has passed away at 94.
-Born in Minneapolis
-Went to @UMNews
-Founded @Medtronic
-Changed the world by inventing the Battery-Powered Pacemaker
He told @kare11 in 2007 his proudest moment… pic.twitter.com/tGUCtLfkWu

while doing some research in the @umnarchives over a year ago, came across a 1962 Medtronic invoice to the #UMN Medical School for one implantable pacemaker: $375. Also, a 1963 note from #EarlBakken to Dr. Lillehei of the University of Minnesota. pic.twitter.com/fTCCVqqwCj

#EarlBakken taught us what it means to be a Mission-driven company where our patients, our employees, and our communities are the inspiration that guides everything we do. pic.twitter.com/5hSMsio2w1