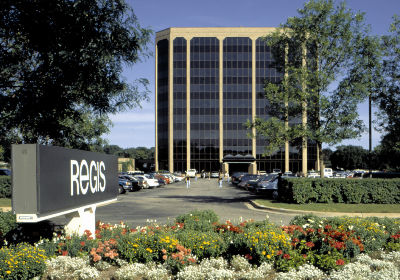 Regis Swings to a 3rd-Quarter Profit But Misses Expectations

The salon company reported a more modest decline in same-store sales, but its revenue and adjusted earnings fell short of analysts’ predictions.
May 17, 2013

Hair salon operator Regis Corporation announced Tuesday that it swung to a profit during its third quarter after reporting a net loss during the same period a year ago.

But while there are some signs of improvement at the Edina-based company, its CEO said it is “still in the early stages of a challenging turnaround.”

Regis reported net income of $2.4 million, or $0.04 per share, for the quarter that ended March 31, compared to a loss of $1.4 million, or $0.02 per share, during the same period a year ago. The prior-year period, however, included a markdown of the value of its investment in Provalliance, which it sold last year, as well as restructuring and severance costs.

Adjusted earnings for this year’s third quarter, which exclude tax credits and some income from discontinued operations, totaled $0.01 per share—falling short of the $0.14 per share that analysts polled by Thomson Reuters were expecting. It also marks a sharp drop from the 29 cents per share that the company reported in adjusted earnings during the same period a year ago.

Regis said that its earnings were affected by several factors. There were two fewer sales days during the quarter, labor costs climbed because of increased stylist hours, and costs tied to retail products grew because of clearance sales.

The drop in revenue was driven in part by a 1.4 percent decline in same-store sales, or sales at stores open for at least a year. The decline, however, was more modest than the one experienced a year ago, when same-store sales fell 3.4 percent.

Shares of the company’s stock were trading down about 2.5 percent at $18.42 Tuesday morning.

Dan Hanrahan—the former leader of Celebrity Cruises, who took over as Regis’ president and CEO last year—said in a Tuesday statement that his focus on reversing a decline in store traffic is showing signs of success.

“Service traffic is the engine of our business and accounts for over 75 percent of our revenue,” Hanrahan said. “My primary focus over the past six months has been to reverse the decline in service traffic Regis has been experiencing over the past several years. This focus is producing positive results. We have slowed the revenue decline in same-store sales and are generating sequential improvement in our service business.”

The company has focused on its largest assets, its SmartStyle salons in Walmart stores and its Supercuts salons, Hanrahan said. “Both groups posted positive same-store service sales in the quarter, with SmartStyle and Supercuts increasing revenue 2.6 percent and 1.3 percent, respectively.”

Hanrahan said an investment in stylist hours is having a negative affect on margins in the near term, but it is “a temporary and necessary investment to improve the guest experience and help bring guests back to our brands.”

Regis owns and franchises salons under brands including Supercuts, Sassoon Salon, Regis Salons, MasterCuts, SmartStyle, Cost Cutters, and Cool Cuts 4 Kids. It owned, franchised, or held ownership interests in about 10,000 locations as of March 31, and it is among Minnesota’s 25-largest public companies based on revenue.