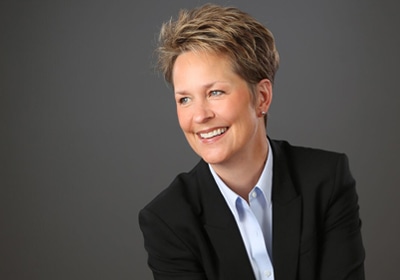 The startup behind a communication platform between pets and their owners is competing for a piece of the $60 billion pet market in the U.S.
March 10, 2016

Journalists, techies and pet owners alike dogpiled the PetChatz booth at this year’s Consumer Electronics Show (CES), the largest electronics and technology tradeshow in the world. This month, the Burnsville-based startup released PetChatz HD, a system that enables pet owners to have multisensory conversations (audio, visual, taste, smell) with their furry family members via computer or smartphone. Lisa Lavin, CEO of PetChatz developer Anser Innovation, discusses what inspired the product, how the virtual reality device maker Oculus Rift boosted its media attention at CES and why PetChatz has a surprisingly large market.

What’s the origin story behind PetChatz?
It was a serendipitous lunch, really. I was eating with Dr. Mark Kroll, former [chief technical officer] of St. Jude Medical. He’s actually the No. 1 medical device inventor in the world with over 350 patents to his name. So this is a guy who thinks innovation. And we were having lunch at the old Sunsets Wayzata and this question popped in my head: “Mark, do you have any patents burning a hole in your back pocket?” And he said, “Nobody has ever asked me about that before, but yes, as a matter of fact, I do.” So he starts telling me about this patent around a pet phone where a pet parent could remotely interact with their pet from anywhere in the world—not only audio/visually—but also give them a treat and dispense scents. What you have to know about me, though, is a little bit of my background. I have a long history of building new businesses and commercializing products in animal care as well as healthcare industry. The first half of my career I was in veterinary medicine and academia; I even wrote a textbook. So I immediately connected the dots.

What was the first PetChatz product that was offered? And how has the reception been?
Although I can’t speak to volumes, I will say that our first generation exceeded expectations from a test perspective. Based on what we’re seeing as far as demand for PetChatz HD [the second generation PetChatz system], we believe it will exceed our expectations as well. But let me give you an interesting statistic: The American Pet Products Association every two years does this pet owners survey. In the 2015-2016 survey, they had to create a new category and we believe that PetChatz was a key driver in the creation of that category. That category is a robotic pet friend, or something in the home that is robotic and can be a friend to a pet. And 3 percent of all dog owners stated that in the next 12 months they were going to buy a robotic pet friend. Let me just do a little math for you. Three percent of all dog owners is 1.6 million. And that’s just a small slice, I mean, 65 percent of all households in the United States own a pet. Our intention over the next three to five years is to own, at a minimum, half of this market.

Thinking back now, what were your challenges in building the company?
Investors I pitched to really liked a lot of other products we were developing [at parent company Anser Innovation] around medication management, but to them PetChatz was kind of silly. In reality, though, it is one of the largest opportunities in one of the largest markets: Americans spent $60 billion on our pets last year alone.

Were you surprised by the amount of media coverage you received? Why do you think audiences find this interesting?
Quite frankly, the coverage we got at CES was the most surprising to me than any other media coverage we’ve ever received. I mean, we’ve been on the Today show, the New York Times, and Chelsea Handler’s show on Netflix, but being at CES and listed within the top tech by the Wall Street Journal—I don’t know how it gets any better than that. Now let’s be honest, there’s a lot of people who are crazy about their pets in our country, and that’s true globally. And, by the way, we are rolling out internationally next quarter as well. At CES, what we realized is there are two segments of customers who want our product. One is the pet parent, the one who just adores their pet—oh my gosh, they are crazy about their pet. The other segment of customers is the tech savvy. And I’m not lying, half of the people who came to our booth said “this is Best in Show. The ability for my pet to call me? Are you crazy? I want this.” And what’s interesting is that CES actually screwed up our booth and repositioned us a stone’s throw from that of Oculus Rift. So all of this traffic from Oculus Rift’s booth poured out in front of us and it was phenomenal.

Could you speak more about being featured on Chelsea Handler’s Netflix show?
So that was [a Netflix original program] Chelsea Does, this four-part documentary with Chelsea Handler. The first one was “Chelsea Does Marriage” and the second one was “Chelsea Does Silicon Valley,” and that’s where PetChatz is [featured]. I flew to Chelsea Handler’s home last year, installed PetChatz and they did all of the filming right at her home. It was fantastic and we’ve been getting lots of sales from it. If you look at the second episode, about 35 minutes in is where PetChatz is.

How much of PetChatz is built from scratch? Did you borrow any code or licensing from the likes of Skype?
It’s actually all from the ground up. We’ve recreated the means of doing Skype, but we believe we are doing it better. And we designed PetChatz to be flush-mounted to a wall or kennel because it had to be pet safe. So no corners, edges or access to cords that a pet could harm itself on.

Much of PetChatz promotional material shows off dogs, but not cats. Why don’t we see them featured more prominently?
From a video standpoint, I’ve always used my dog because it was easy. But we’ve had cats as well. In fact, we’ve received numerous snapshots and videos from customers who have had both a dog and a cat.

What about other animals, like a guinea pig?
I will say we’ve had people tell us they really want to use PetChatz for their small animal, like a guinea pig. I’ve heard over and over again from horse owners and bird owners that they want PetChatz to be made for their particular breeds. But I’ll tell you, a horse or a large bird—like a parrot—would just tear PetChatz apart.