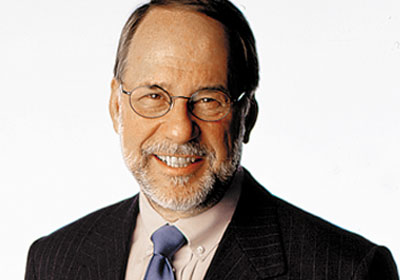 How long can smokers and school kids bail out the state?
September 01, 2011

Governor of the State
of Minnesota

Congratulations on passing a budget in a special session after only 20 days of government shutdown.

Oh sure, you held the jobs of 22,000 state employees hostage in the process. The Fourth of July was celebrated with closed campsites, race tracks, and state buildings. But most of us knew the jig was up when MillerCoors announced that beer supplies were drying up because the state had returned the company’s license payment. Bars were threatening to close!

When the University of Minnesota bans beer at TCF Bank Stadium, that’s bad enough. But when the citizens of Minnesota face the prospect of no Miller or Coors, the government shutdown has to end.

By that time, the budget war had essentially boiled down to either spending $34 billion in the next biennium (the no-tax-hikes option) or spending $36 billion in the next biennium (by “taxing the rich”). The bargain that you sober people agreed to is a budget of approximately $35.7 billion—arrived at not by growing revenues, not by making cuts, but by borrowing. The people from whom we will borrow are small children and smokers.

Borrowing $700 million from kids (or as you may call them, “nonvoters”) to fund our ongoing operating expenses is a bad idea. The cumulative amount that we now have taken from the state’s K–12 education system is $2.1 billion, and the number of people who believe that the money will ever be repaid is exactly equal to the number of people who think this year’s budget process has been a good one.

Thank goodness for smokers! Or more precisely, thank goodness for the tobacco case that Minnesota spearheaded and won, thereby gaining a huge settlement fund from the tobacco companies. And thanks again to former Attorney General Skip Humphrey and attorney Mike Ciresi for the evergreen results they achieved on that case (although I didn’t hear anyone thank them when the budget agreement was announced). The tobacco settlement that Minnesota entered into in 1998 provides the state with approximately $160 million a year. Assuming someone is willing to buy the bonds agreed to in this year’s budget deal, published state analyses say that Minnesota taxpayers will pay approximately $1.2 billion over the next 20 years to borrow $700 million backed by the tobacco fund.

Regarding “the rich,” it may be appealing to say that 7,700 people whose incomes exceed $1 million a year are not paying their fair share to the state, but it is bad policy. The budget problem is one that all of us have created, and all of us should contribute to its solution. Calling out a small segment of the population as the source of the problem, or blaming public service employees or public service pensioners, is both unfair and untrue. The Carlson-Mondale task force suggested imposing a temporary three-year income tax surcharge of 4 percent on all income tax obligations (which would have produced revenues approximately equal to the amount that you have instead decided to borrow from our kids).

It’s true that income taxes are highly variable. One reason is that well-advised individuals and corporations can purchase or lobby their way around paying income taxes. Sean Kershaw of the Citizens League has estimated that Minnesota “spends” $11 billion a year through tax loopholes and exemptions. As all three of you understand, those particular tax expenditures are the way the political class pays for its campaigns.

First—and this is a political question—we have to decide
as a state just exactly what
kind of state we want to be, and how much we are willing to pay for that.

Second, we need to pay for our expenditures as they are incurred, instead of relying on smoke-and-mirrors budget gimmicks to cover the cost. Smokers can’t bail us out forever.

Third, the sales tax has to be broadened and the rate lowered. At the same time, our individual and corporate income taxes should be made transparent, with loophole-style expenditures eliminated and rates lowered.

Most of your caucus members continued to pay themselves while the state was shut down and public employees went without paychecks; legislators who publicly gave up their salaries will probably pay themselves retroactively.

Going forward, many of us hope you will take more positive steps to solve the budget problem, avoid government shutdowns, and reduce the state’s deficit. Perhaps you could all take up smoking.