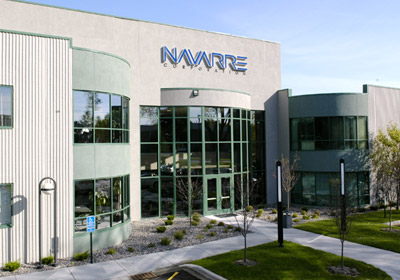 Navarre Corporation is relocating its headquarters from New Hope to Dallas; as previously disclosed to state officials, the move will result in Minnesota layoffs.
July 05, 2013

One of Minnesota’s 50 largest public companies, which recently said it will lay off employees in the state, has now officially disclosed plans to relocate its headquarters to Texas.

In addition, the company has named a new chief financial officer (CFO).

Twin Cities Business reported in April that Navarre Corporation, a logistics and supply-chain management company, notified state officials of plans to cut about 150 jobs as it is “permanently closing and relocating out of state a significant portion” of its business in New Hope, where the company is headquartered.

Navarre disclosed its layoff plans in a letter to the Minnesota Department of Employment and Economic Development (DEED), although it didn’t specify at the time what types of jobs were being cut or exactly what operations were being moved out of state. The company said at the time that it would make its first round of cuts in June and complete the transition by the end of August.

On Monday, Navarre officially disclosed its plans to move to Texas. The company said that it has appointed Terry Tuttle as its new CFO—and he succeeds Diane Lapp, “who is resigning due to the upcoming relocation of Navarre’s corporate headquarters” from Minnesota to Dallas.

Lapp, who joined Navarre in 2003 and was named CFO last year, will remain with the company through the filing of its next quarterly financial results, which is expected to occur in early August, Navarre said. Tuttle most recently served as a partner at California-based accounting firm Weston & Tuttle.

Navarre referred inquiries to a third-party investor relations representative, who on Tuesday declined to comment on why Navarre is leaving Minnesota. By moving its headquarters to Dallas, however, Navarre is relocating to the home city of SpeedFC, a company that Navarre acquired for $50 million in November. And the relocation announcement comes a couple of months after SpeedFC said it would invest $3.2 million in an Ohio expansion—a move that would result in the addition of 250 new jobs there.

For its latest fiscal year, which ended March 31, Navarre reported revenue of $485.3 million, up about 1 percent from the prior year. It reported a net loss of $11.8 million, an improvement from a loss of $34.3 million the previous year.

Shares of the company’s stock were trading down about 1.3 percent at $2.67 mid-morning Tuesday.

Navarre's move is due largely to the fact that SpeedFC is based in Dallas, but debate has surfaced recently about Minnesota's business climate. A recent study indicated that Minnesota has one of the country’s fastest-growing economies, although neighboring states have ramped up efforts to lure Minnesotans across their borders, as Minnesota lawmakers recently approved tax increases, including a hike for the state’s higher earners.

In his latest editor’s note, Twin Cities Business Editor In Chief Dale Kurschner posited that Minnesota’s “anti-rich” attitude may finally push employers and jobs out of the state.

In more positive news, Delta Air Lines subsidiary Pinnacle Airlines, after a year-long bankruptcy, recently moved its headquarters to the Minneapolis-St. Paul International Airport, a move that is expected to add hundreds of Minnesota jobs. And Emerson Process Management recently announced that it’s investing $70 million in a 500,000-square-foot building addition in Shakopee, a move that is expected to bring up to 500 new, highly skilled jobs.

In fact, DEED recently reported that 42 business expansion projects were announced or completed during the first quarter of 2013, bringing with them more than 1,300 Minnesota jobs.