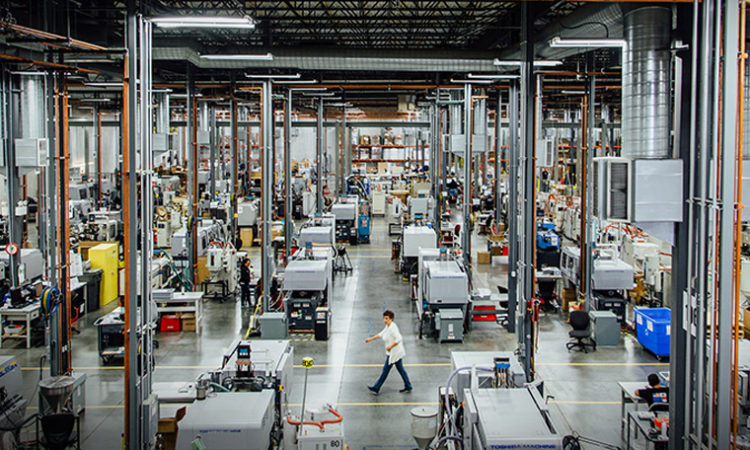 While both Proto Labs and Rapid had similar focuses in terms of quick-turn, low-volume manufacturing, they had different, but complementary capabilities.
By Jared Goyette
November 21, 2017

Proto Labs, a fast-growing manufacturing company specializing in quick-turnaround prototypes, announced Tuesday plans to acquire a New Hampshire company that, if the deal is approved, will allow it to expand its capabilities to include sheet metal products.

Proto Labs shares climbed 5.4 percent to $92.50 a share on Tuesday following the announcement.

Maple Plain-based Proto Labs said it will purchase the Nashua, New Hampshire-based Rapid Manufacturing Group for $120 million. Approximately $10 million will be paid in stock and the remaining $110 million in cash.

The deal is expected to take a significant chunk out of Proto Lab’s assets, which it said totaled about $119 million in cash, according to its third quarter earnings report.

Why such a major outlay? According to Rob Bodor, Proto Labs’s General Manager and VP for the Americas region, the decision to acquire Rapid was motivated both by a desire to expand their customer base and better serve their existing clients.

“We surveyed our customers and found that the majority of them—something like three-fourths of them—have need for sheet metal, and that made for a very compelling case,” Bodor said.

As Bodor explained, while both Proto Labs and Rapid had similar focuses in terms of quick-turn, low-volume manufacturing, they had different, but complementary capabilities.

Proto Labs has specialized in automating the “front end” of the manufacturing process, or using sophisticated software to automate the steps between a 3D design concept for a product, and the actual building of the product using 3D printing, injection modeling and CNC machining.

Rapid, meanwhile, has developed its own innovations around quick-turnaround sheet metal manufacturing (think anything using flat or bent metal, like a computer case or a printer) and has capabilities to make larger parts, therefore immediately expanding the kind of products and clients Proto Labs can take on.

“One of the reasons we wanted to merge with Rapid is that together we think we can continue to drive very healthy organic growth because we can serve our customers better,” he said.

This is the third and largest acquisition by Proto Labs since it was established in 1999. In 2014, they jumped into 3D printing by purchasing FineLine and ultimately grew their 3D printing business in Europe by acquiring Alphaform AG in Germany in 2015.

While Proto Labs will acquire new customers through the acquisition—the company says Rapid  is expected to generate revenues of $45 million this year—Bodor says the main idea is to continue the company’s record of strong organic growth.

The company’s revenue for the third quarter this year was $88.1 million, a jump of 12.7 percent from last year’s performance.

“That means for US customers and US companies, there is differently the opportunity for US manufacturing to grow to serve those needs, and we're seeing similar trends in Europe and Japan and other parts of the world,” he said. “We think we're very well suited and that Rapid was equally well suited to meet those demands because of our focus on low volume, quick turn, and the different process innovations that both companies have done in order to enable those things.”