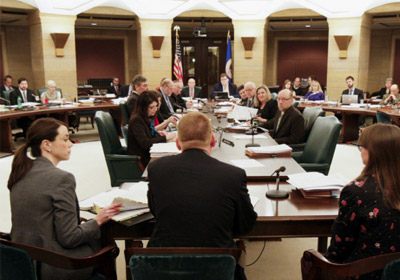 Minnesota nonprofit groups that worried about the impact of a proposed change in state tax law on charitable giving can relax—at least for now.

The controversial House plan, which was not supported by either the governor or the Senate, died in the tax conference committee.

The Minnesota House had proposed moving from a “tax deduction” system to a “tax credit” that would have eliminated any tax benefit for those who itemized if their charitable donations totaled less than 2 percent of their taxable income.

The change would have added $44 million to the state coffers in the next biennium.

It should be noted, though, that the Tax Foundation’s study on the percentage of tax forms claiming deductions does not necessarily reflect charitable giving trends in the states.

In fact, a 2008 study by the Chronicle of Philanthropy showed that many states that ranked high in percentage of itemized filers claiming deductions didn’t rank high in giving as a percentage of income.

That study showed Minnesotans, on average, donated 4.1 percent to charitable causes, a rank of No. 34 in the nation. Utah was No. 1 in that survey. The heavily Mormon state showed households giving at a 10.6 percent rate. Such Bible-belt states as Mississippi, Alabama, Tennessee and South Carolina rounded out the top five.

Most of these studies do not include people who do not itemize. In Minnesota, about 60 percent of the filers do not itemize. But, of course, that doesn't mean they don't make charitable contributions.

In the new study, Minnesota shows 32.7 percent of federal returns including a charitable deduction claim. That puts the state far ahead of neighboring Wisconsin (No. 14), Iowa (21), North Dakota (48) and South Dakota (49).