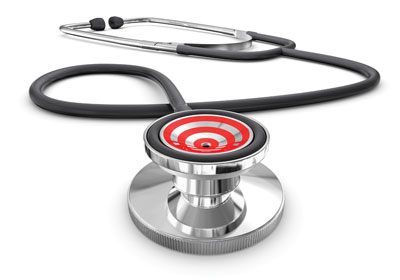 Health care reform is a moving target, but benefit managers still have some changes to aim at.
By Dan Haugen
June 01, 2011

“A lot of moving parts.”

These are all phrases we heard from employee benefits consultants describing the federal health reform law and its potential impact on Twin Cities employers.

The Patient Protection and Affordable Care Act, signed into law by President Obama on March 23, 2010, aims to make health insurance accessible to nearly all Americans by 2014. Health insurers will have a big role in implementing it, but a lot of work will land on human resource departments.

Exactly who’s responsible for what is still being worked out. Even though the law itself is 974 pages long, much of it is simply an outline of concepts. It’s up to federal regulators to fill in the details, writing the rules and issuing guidance that will define precisely how the law will work. Much of that work hasn’t been finished yet.

Meanwhile, more than two dozen legal challenges to the law are working their way through the court system. Judges in two states, Florida and Virginia, have declared all or parts of the law unconstitutional. Many believe the matter will eventually make it to the U.S. Supreme Court. Lawmakers in at least 40 states have proposed legislation seeking to undermine the law. Members of Congress and even the president himself have already proposed changes to the law while it’s being implemented.

It’s left the employee benefits world in a tricky position. Assuming the law isn’t significantly altered or overturned by then, the health benefits landscape will be vastly different in 2014 than it is today. Employers will be required to offer health insurance to all employees or else face penalties. And even employers who do offer benefits could face fines if their plans aren’t considered affordable or of adequate quality. It could take several months or years to find the right strategy. But what can employers do about it now?

“They don’t want to spend a lot of time and energy on something that may never occur, but you can’t stick your head in the sand either and not be aware of it,” says Tom Miller, president and CEO of Plymouth-based Financial Concepts, a benefits consulting firm. “Whether you like it or not, it’s something that we need to at least start getting our arms around.”

That’s what we’ve attempted, interviewing experts and reviewing documents in an effort to write a prescription for navigating health reform. Warning: Possible side effects include swelling of paperwork, nausea or dizziness, as well as general administrative pain. As always, consult your consultant before beginning any new benefits routine.

Several of the law’s provisions took effect immediately, in September 2010 (see sidebar at right), or in January. One section of the law that was supposed to be in place by now would penalize employers for offering better health care plans to their top executives than to rank-and-file employees. Implementation has been delayed, however, because regulators haven’t finished writing guidelines for it.

Employers can delay having to deal with most of these new rules by not making significant changes to their current plans. Any group health plans that existed on March 23, 2010, when the law was enacted, are considered “grandfathered” plans.

“It doesn’t take a lot of change to your plan in order to lose that status,” says David Martin, president of the David Martin Agency, an employee benefits consulting firm in Edina. Changes to benefits, cost sharing, or employer contribution can all disqualify a plan.

While a few employers have decided to hang onto grandfathered status as long as they can, most are concluding that the advantages aren’t worth it “because it handcuffs them too much from making plan design changes,” Miller says.

That’s especially the case in Minnesota, where many of these early rules aren’t a major change from existing state law. Minnesota for example, already required plans to:

• pay the cost of preventive care; and

“A lot of these changes they made nationally, Minnesota was already there,” Miller says. “It really didn’t have a lot of immediate impact for Minnesota employer groups from the benefits side of things.”

The changes might be relatively minor in Minnesota, but they still need to be reflected in employers’ communications with employees and contracts with service providers. Maureen Maly, a partner with Minneapolis law firm Faegre & Benson, says employers need to review and update any documents related to their plans and make sure they reflect the latest changes in the law.

At the center of the changes coming in 2014 is a concept called health care “exchanges.” They’ll basically be Web-based portals where people can buy health insurance that meets certain government criteria. States can set them up on their own, and the federal government will provide one.

“You’re going to have to interrelate with these exchanges no matter what you decide to do with your own coverage,” says Maly, who recommends employers begin modeling their options today so they know what their costs could look like under various scenarios. And there are plenty of different scenarios.

• any of its employees purchase insurance on an exchange and qualify for a government subsidy.

In order for an employee to qualify for subsidized insurance, household income has to be less than four times the federal poverty line, or about $88,000 for a family of four. The penalty for the employer would be $2,000 for every full-time employee after the first 30.

That in itself may seems like a fairly straightforward calculation, but there are other variables to consider as well, Maly notes. For example, the money contributed toward an employee’s health plan is tax deductible, but the $2,000 penalty is not. Also, the $2,000 penalty counts against every employee (after the first 30), but not every employee would necessarily purchase insurance through the company. Some may be covered through a spouse or not take it for other reasons. “So it’s not apples to apples,” Maly says.

Even if an employer decides to offer health benefits, it still could be penalized if its plan isn’t competitive with what’s available on the exchanges. The employer has to pay at least 60 percent of the actuarial value of the coverage, and the amount the employee pays can’t account for more than 9.5 percent of his or her income. If coverage doesn’t meet those criteria, employees whose household income is less than four times the poverty rate can apply for subsidized coverage on an exchange instead of taking their employers coverage. The employer is fined $3,000 for every full-time employee that goes this route when the company plan doesn’t meet affordability requirements.

One challenge with modeling these scenarios: most employers don’t have their employees’ household income on file anywhere. Employers can come up with a rough, worst-case scenario by assuming each employee’s income is their household’s total income, Maly says.

Another variable: If too many companies decide to send their employees into the exchanges instead of offering their own coverage, the penalties for not providing health benefits will go up to make up for the added cost of subsidizing the exchange, Martin says. Still, he thinks industries with low margins and low wages will probably opt against providing their own coverage.

The key is going to be finding a “sweet spot,” says Keith Friede, an area vice president for Gallagher Benefit Services in Bloomington. Employers should be pulling together the data they need to anticipate the decisions their employees will make, because those decisions could have a “profound” impact on employers. “Some of that information is going to be difficult to come by,” Friede says.

A handful of new reporting requirements in the health reform law will require employers to share information with both employees and the government.

Employers are required to inform employees about many of the changes under the new law, but even in areas where they’re not required by statute, it’s a good idea to communicate with employees about what’s coming, Friede says.

“I fear that what in many cases is happening is that employees—and in some cases even employers—have expectations that, shall we say, are a little bit larger than reasonable about what’s going to be out there and available in 2014,” Friede says. “It could result in some anger and disillusionment that could come back and bite the employer.”

A new box will show up on the W-2 form next year for employers to report the value of an employee’s health coverage. The reporting was supposed to start this year but was delayed because regulators hadn’t issued guidance yet. (They have now.)

Employees who purchase insurance today already receive an annual summary of benefits. Those summaries, however, often amount to small books filled with dense, technical writing. The new law requires a “summary of the summary,” Maly says. The mini-summaries can’t be longer than four pages or have smaller than 12-point type. It’s likely that insurers will provide these mini-summaries for employers, Friede says.

Employers may need to cooperate with their insurance partners to comply with other reporting requirements, he says. By March 2013, employers need to notify employees about their health insurance exchange options. In 2014, employers will have to start reporting to the government detailed data about their plans, including data on enrollment, disenrollment, and the number of claims that are denied. The specifics about these reporting requirements aren’t available yet.

The courts and Congress are adding uncertainty to the process. A U.S. District Court judge in Virginia declared the law’s individual mandate unconstitutional in December. The next month, a Florida judge ruled the same thing, but added that the unconstitutionality of the individual mandate means the entire law is defective and should be thrown out.

Three other judges, in Michigan, Virginia, and the District of Columbia, have ruled that the mandate is constitutional, and several judges have dismissed lawsuits challenging the law, according to Kaiser Health News, which has been tracking 25 lawsuits that had been filed against the law as of March.

“It kind of leaves us in a weird place,” Maly says. “I think employers need to march on with compliance, but I also think they need to keep what’s going on judicially and legislatively on their radar.” An outright appeal of the law is unlikely under the current administration, but it’s also likely that parts of the law will change, she says.

“There’s a tendency for some employers, I think, to say, ‘Well, it’s all going to get struck down and so we don’t have to worry about it,’” Friede says. “Well, that’s one of many possible outcomes, but we have to be cognizant of the fact that no one really knows where it’s going.”