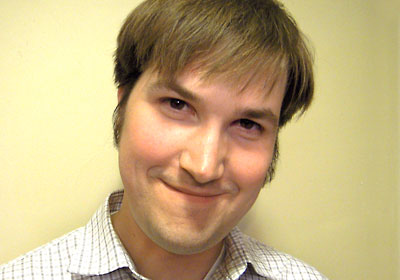 As the economy rebounds, what if energy use doesn’t?
September 04, 2012

The view from Andersen Corporation finally includes some optimism. The Bayport window and door maker was seeing signs of recovery this summer, with new home construction and remodeling up a combined 10 percent nationally in the first half of 2012. Andersen is privately held and doesn’t share financials, but it said it grew or maintained its market share during that period.

One category, however, hasn’t rebounded: energy consumption. For the first six months this year, Andersen’s energy bills were down about 5 percent, according to Jim Weglewski, the company’s sustainability director. Even though Andersen is making and selling more of its products, he notes, it’s using less energy. They’ve done it by changing light bulbs, upgrading equipment, and educating employees about energy conservation.

“That’s a pretty cool story,” Weglewski says. And a pretty significant one. Historically, economic growth and energy consumption have gone pretty much hand-in-hand. Utilities use economists’ forecasts to predict how much electricity they’ll need to supply in the years ahead. And an uptick in power demand can foreshadow GDP growth.

Thanks to improved efficiency, though, at Andersen and elsewhere, these two long-intertwined metrics are beginning to diverge. Minnesota’s economy grew about 1.2 percent in 2011, but Xcel Energy’s electricity sales were pretty much flat, and they’re trending downward in 2012 even as we continue our slow, uneven crawl out of the recession. We’ve experienced jobless recoveries before. But could we now be in the midst of the first energy-less recovery, in which energy demand doesn’t come back in line with economic activity?

The short answer is that it’s too soon to say, but the recovery data has been unusual enough that Xcel Energy started to take a closer look at it with the same question in mind. A non-recovery in electricity consumption could upend regulated utilities’ business models, which count on steady, long-term demand growth in order to continue growing revenue.

“It looked like our own sales were perhaps a little less than the economic recovery would suggest,” says Jack Dybalski, Xcel’s vice president and chief risk officer. “It looked like there was a divergence.”

In Minnesota, Xcel’s weather-adjusted electricity sales were up just 0.1 percent in 2011 compared to the previous year. Dybalski thinks improved efficiency is the reason sales didn’t keep pace with the broader economy. In particular, he points to the success of the company’s own conservation programs, which last year saved customers about 450,000 megawatt hours of electricity, or about 1.4 percent of total sales in the state.

“We found that adding that back onto the actual sales got us pretty close to what the economic metrics would suggest,” Dybalski says.

Now the question is where it goes from here. The shifting trends caused Xcel to lower its long-range forecast twice in 2011 and shelve plans for upgrades at two power plants. Take uncertainties about the economic recovery and add in unknowns about the impact of efficiency, and it’s becoming increasingly challenging to accurately predict future electricity demand, Dybalski says.

Minnesota’s Next Generation Energy Act of 2007 requires utilities in the state to seek 1.5 percent gains in energy efficiency every year. Some companies have set even more aggressive sustainability goals. In 2005, Maplewood-based 3M set a goal of improving its energy efficiency 25 percent by 2015. It tracks energy use in BTUs and divides it by the volume of product produced. In the United States, the company has already achieved a 22 percent reduction, and internationally 3M’s at 27 percent.

3M has “had a remarkable track record of increasing output at a much greater rate than their energy consumption,” says Bruce Lung, industrial director at the Alliance to Save Energy, a Washington, D.C., nonprofit that promotes energy efficiency.

At 3M and other manufacturers, some of the biggest efficiency gains are coming from upgrading to advanced automation equipment, such as fans, compressed air, and conveyor belt systems that have built-in variable-speed controls. It’s still unclear whether all of these investments will add up to an economy-wide shift, Lung notes.

One test in Minnesota will be what happens to demand after economic growth surpasses the 1.5 percent mandated annual efficiency gains utilities must pursue. Xcel will no doubt be watching the numbers closely. If electricity sales don’t rebound, the lost revenue could cut into utilities’ budgets for non-generation projects like transmission. And it could prompt them to seek changes in the way we pay for electricity.

While such an efficiency shift would squeeze the current regulated utility business model, it would be a competitive advantage for companies that can boost output without increasing costs. “A more efficient economy,” Lung says, “is a more competitive economy.”

LOW SPARK
The state’s economy is steadily coming back, but energy use hasn’t returned to even early-recession levels.