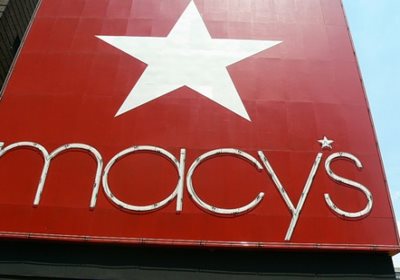 The St. Paul Port Authority will market the site of the former Macy's store in downtown St. Paul for redevelopment, and it seeks a buyer that can bring its own financing to the table.
January 19, 2014

Skeptics said it would be a cold day in St. Paul before the now-empty Macy’s department store found a buyer. As it turns out, it was one of the coldest.

On Monday, a day of bracing subzero temperatures across Minnesota, Cincinnati-based Macy’s, Inc., signed a purchase agreement to sell the shuttered downtown St. Paul store at 411 Cedar Street to the St. Paul Port Authority for $3 million.

What will ultimately take the place of Macy’s on the site? No one knows yet. But the Port Authority said it stepped in to buy the property with an eye toward ensuring the best long-term redevelopment prospects for the site.

“Our concern, frankly, was that it looked like Macy’s wanted to get rid of the building fairly promptly,” Louie Jambois, president of the St. Paul Port Authority told Twin Cities Business. An earlier prospective deal for the site fell apart.

Jambois said that he’s been fielding inquiries about the property since word got out that the Port would be buying the site. If everything falls into place, the Port Authority hopes to acquire the Macy’s property on January 29.

“The news has generated some serious excitement and interest,” Jambois said. “This news has captured a lot of people’s imagination.”

Jambois said that the Port Authority will market the property and that the site could draw office, retail, residential, or institutional uses, or a combination of some of those elements.

“If the existing building is demolished, I think there would be more than one building built on that site,” Jambois said. “The market’s going to tell us really. We are willing to take our time on the property to see what kind of market response we get.”

Jambois said that, ultimately, the Port Authority is looking for a developer or owner who can bring their own financing to the table.

“We’re going to be looking for someone who has the financial wherewithal to do what they propose to do,” Jambois said.

The St. Paul Port Authority is a government agency, but the economic development group generates most of its own revenue.

The Macy’s property includes a 550-space parking ramp. About 400 of those spaces are currently useable, and Jambois said that the Port Authority will continue to operate the parking ramp.

“The parking ramp revenue will definitely help us with the holding costs,” Jambois said.

The relatively small downtown St. Paul market represents less than 10 percent of the multi-tenant office space in the metro, according to the numbers tracked by Cushman & Wakefield/NorthMarq.

“What we want to do is really leverage the momentum and energy that we’re beginning to feel in downtown St. Paul,” Jambois said, referring to projects including the St. Paul Saints ballpark, new apartment buildings and the Union Depot transit hub. “We’re feeling a lot of energy and a little more excitement for downtown St. Paul than we’ve felt in a long, long time.”

John Mannillo, a veteran downtown St. Paul commercial real estate broker, said that he’s heard some speculation that the large, fortress-like Macy’s building would be an ideal site for a gambling casino. Such a move would require approval from the Minnesota Legislature.

“It’s just not going to happen. That is not likely,” Mannillo said of the casino concept.

“I think the building comes down inevitably,” said Pete Dufour, a vice president with the Minneapolis office of Cassidy Turley, a commercial real estate services firm. “I think it’s going to take a while to figure it out.”

But Dufour sees the Port Authority acquisition as a good move: “I think they’re the best buyer for the site.”

Meanwhile, Ramsey County continues to try to draw redevelopment interest for its riverfront properties in downtown St. Paul, including the former West Publishing site and the county jail.

Bruce Thompson, director of property management for Ramsey County, said that the county has a consultant that is putting together an estimate for how much it would cost to demolish the existing buildings on that site. The Ramsey County Board of Commissioners could review those estimates in May.