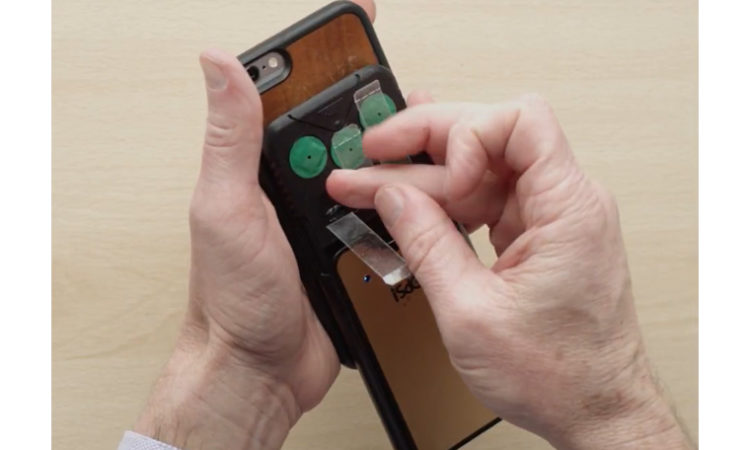 After obtaining FDA approval in November, the five-year-old company is bringing to market its Pops! One system, which boasts a virtual care approach that’s less invasive than other offerings.
By Amanda Ostuni
March 12, 2019

“It is an amazing milestone to announce that we have launched this system, and it is now in people's hands to make their lives better and lower our clients’ healthcare costs,” said Pops! CEO Lonny Stormo.

The Pops! one system is a virtual care approach to diabetes management. It’s a blood glucose meter that attaches to a cellphone case and syncs with the Pops! app via Bluetooth for readings.

After pricking their finger using a point on the top of the phone case, users can feed the blood sample into a reader, which relays the results to the app.

“What we are not trying to be is another medical device,” Stormo told TCB in January 2018, after the company’s third successful funding round. “We’re trying to be a very simple, approachable way for people to manage their blood sugar.”

Pops! touts its device as less invasive than existing market offerings, given its ease of access, and that its compact size and discreet design can be incorporated into an everyday device, eliminating an oft-begrudged need for a patient to carry a clunky glucose management system everywhere they go.

On its way to FDA approval for the device, Pops! raised $2 million from 22 investors in late 2017. Stormo, who founded Pops! in 2015 after being inspired by his own experience with Type 1 Diabetes and in working in the cardiovascular group at Medtronic for 30 years, told TCB that the money would be used to scale up in final preparation for commercial launch.

Fueled by the capital obtained through those rounds, the commercial launch of the Pops! one System brings Pops! closer to its founder’s goal: to “create a very simple, easy, consumer type experience” that diabetics will utilize more day to day.

“[To keep] people out of doctors’ offices and let them manage their diabetes on their own,” said Stormo last year, “that’s really what we’re trying to do with this overall platform.”