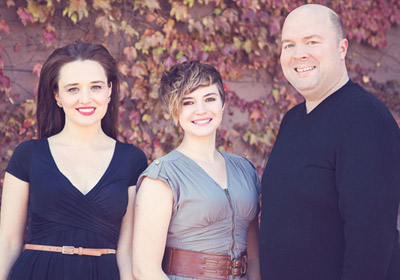 Locally based digital-networking site Pollen merged with South Dakota-based OTA, and it has received a commitment of up to $3 million in funding over three years.
December 22, 2013

Twin Cities social media mavens have come to know the Pollen website as a local resource for job listings and digital networking.

But now the volunteer-run Pollen is merging with Sioux Falls, South Dakota-based OTA and will be bankrolled by up to $3 million in funding from the St. Paul-based Bush Foundation over the next three years. Call it a nonprofit startup. How’s that for networking?

While Pollen has created an exclusively digital community, the Sioux Falls-based OTA has focused on events that physically bring people together. Both groups were tapped to submit proposals to the Bush Foundation, which ultimately suggested that the two groups could combine their efforts.

“I would say that this is consistent with our work to really help develop more leaders who are better-connected and better-networked,” Dominick Washington, spokesman for the Bush Foundation, told Twin Cities Business. “We invest in great ideas and the people who power them.”

The combined OTA-Pollen already has a staff of five—two in the Twin Cities, two in Sioux Falls, and one in Fargo, North Dakota—and a projected budget of $1.4 million for 2014. The group will look to raise additional revenue through event sponsorships and partnerships.

Washington said that the group received an initial grant of just under $400,000 in October. The Bush Foundation will review OTA-Pollen’s work quarterly. The merged entity will need to file for nonprofit status and form a board of directors. For now, the St. Paul-based Management Assistant Programs (MAP) for Nonprofits is the group’s fiscal sponsor.

A previous Bush Foundation effort with a similar goal of connecting communities, the InCommons website, was discontinued in April, Washington said.

Locally, the group will be based out of one of CoCo’s coworking spaces: “For Minneapolis, we’re doing a partnership with CoCo and we will be in the Uptown CoCo facility,” Millard said.

The new group’s first major event is a conference slated to take place in Sioux Falls on April 4. At that time, the leaders expect to announce a new name for the combined organization.

Lars Leafblad, who joined the Bush Foundation in January 2013 as its leadership and engagement director, founded Pollen in 2009. But Washington said that once it looked like the Bush Foundation may provide financial backing to Pollen, Leafblad had no involvement in the discussions.

“As soon as it became clear that this is something that we wanted to pursue, he really took a step out,” Washington said of Leafblad. “He was really not a part of building this investment.”

Millard noted that Leafblad stepped away from Pollen earlier this year: “Effectively since May, Meghan and I have been running Pollen.”

Weber said that in one recent conversation with local leaders, he heard the lament that people feel disconnected from each other in the digital age.

“The common concern that went around the table was this idea of isolation as leaders. We think of ourselves as ‘hyper-connected.’ My hope is that we can start to move the needle on that sense of disconnect,” Weber said. “We’re committed as an organization to represent the entire three-state region.”