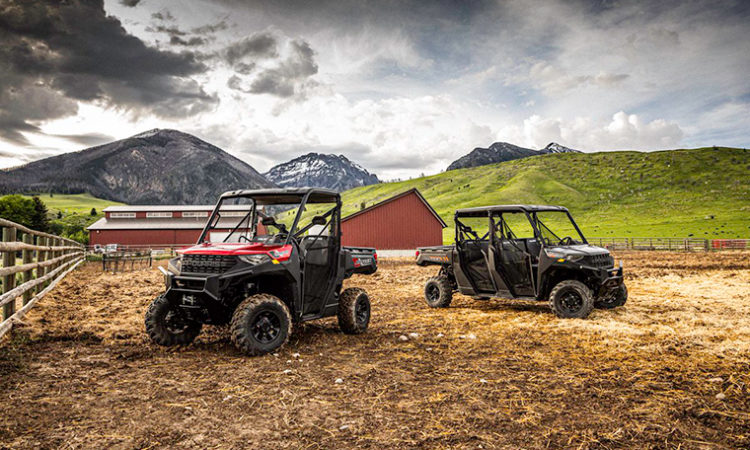 On its 65th anniversary, the Minnesota power sports vehicle maker has rolled out a new tagline, logo, corporate name, and focus to welcome a more diverse customer base.
By Amanda Ostuni
July 30, 2019

Polaris is revving up for a new era.

As the company marks its 65th anniversary, the Medina-based power sports vehicle manufacturer has introduced a new logo, a revamped brand focus, and—at the heart of the update—a new tagline: “Think Outside.” The company also has switched its corporate name from Polaris Industries to Polaris Inc.

“It’s about getting people outside… that’s what a multitude of our products offer, but getting outside is more than that,” says Holly Spaeth, Polaris director of corporate branding and initiatives. “It really is a challenge to think outside the box, outside yourself. It’s this call to action to seek possibilities in yourself and in nature, with Polaris, and we think that’s really exciting.”

By focusing more on the story of the company rather than specific products, Polaris leaders hope to convey a message that appeals to a wider, more diverse audience.

Pam Kermisch, Polaris chief customer engagement and growth officer, says the company has seen organic growth in recent years with younger riders, female riders, and multicultural riders. She says the trend is industry wide, and is a sign of the times.

With that in mind, Polaris sees an opportunity to introduce more people to the brand, says Kermisch. Over the next 10 years, the company aims to grow its customer base by nearly 50 percent

Polaris is banking on new offerings to help capture a wider market segment. For instance, in 2018, the company rolled out the Polaris Indy EVO for newer riders, and in 2017, it debuted a vehicle rental program. In addition, the company notes that its new tagline translates directly in 30 languages.

“We believe that outdoors is for everyone… so it’s important that we get that message out,” adds Spaeth. “This isn't for a certain type of person; it's for anyone, and you don't have to change yourself to be part of power sports.”

Polaris also is ramping up its diversity-focused partnerships. This year, for the first time, the company is sponsoring the National Bikers Roundup, which brings together thousands of black motorcycle riders. Polaris is also sponsoring the women motorcyclists’ rally Wild Gypsy, among other events. These new ventures are in addition to continued ties with Women on Wheels, Black Girls Ride, and Women Riders Now.

“This is just the tip of the iceberg,” says Kermisch. “We are very much committed to expanding our customer growth and being where our customers are.”

Beyond the diversity element, the Polaris rebrand is a response to overall company growth. As Kermisch notes, Polaris has grown from six brands to more than 30 brands in the last 20 years, and from a $1 billion company to a $6 billion one. It’s gone from just snowmobiles to vehicles that are designed for trails, sand, and water—a sector bolstered recently with the acquisition of pontoon maker Boat Holdings LLC.

What’s more, the company was added to the Fortune 500 list for the first time last year. More recently, in Q2, Polaris notched a year-over-year sales increase of 18 percent, reporting revenue of $1.776 billion for the quarter (even as net income decreased slightly, which the company says is largely due to tariffs).

With these recent and impending milestones and goals, Spaeth says company leaders thought the time was ripe for the rebrand.

“We haven't looked at our brand in a really deep way in almost 38 years, and we are a much different organization that we were at that time,” says Spaeth. “We ultimately thought this was the right time and a good opportunity to better tell the story of who Polaris has always been but also who we've become and who we hope to be.”

It took about 10 months to develop the rebrand, says Spaeth. Both she and Kermisch declined to say what the budget for the rebrand and new marketing is, but they confirmed reports that expenses so far have been under $1 million.

The new logo and tagline began appearing across Polaris advertising, websites, and social channels as of Monday. The rebrand will roll out to products and other areas of the business gradually over the next several years.