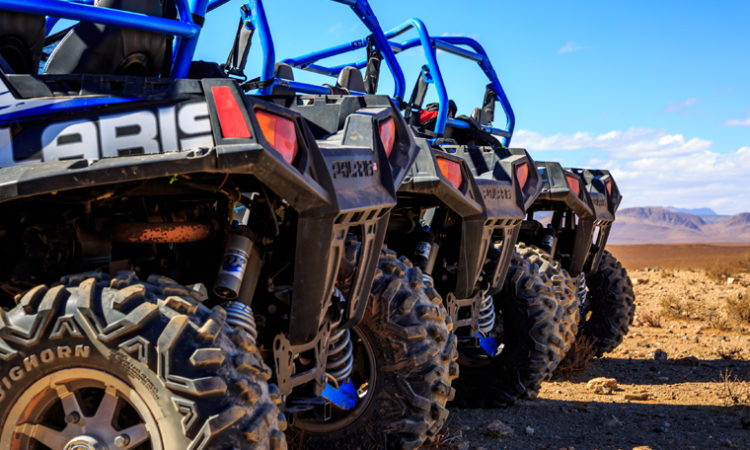 Months after the Medina-based company known for its ATV and other sport vehicles acquired Boat Holdings, Polaris makes another growth move with a deal for WSI, a key parts supplier.
By Amanda Ostuni
September 06, 2018

Polaris Industries, known for both its on- and off-road vehicles, said Thursday it would pay $24 million – or $7 per outstanding common stock – for WSI Industries.

Monticello-based WSI Industries specializes in manufacturing complex, high-precision parts for a variety of industries, including automotive, avionics and recreational vehicles.

“By bringing precision machining capability in-house, the acquisition of WSI Industries supports our long-term supply chain strategy and is an exciting value creation opportunity for Polaris,” said Ken Pucel, executive vice president of operations, engineering and lean at Polaris, in a statement. “We look forward to welcoming the WSI employees to the Polaris team.”

The acquisition isn’t the start of the relationship between the two companies, but instead marks a new dynamic, as Pucel said WSI Industries has long been a key supplier for Polaris. Sales to Polaris comprised 78 percent of WSI Industries’ reported $25.9 million in net sales for the first three quarters of fiscal 2018, ending August 26.

“This transaction is testament to the manufacturing excellence we have delivered to Polaris over the last 20 years,” said Michael Pudil, WSI Industries' president and chief executive officer, in prepared remarks. “I am proud of our achievements at WSI Industries.”

Pudil added that the deal is expected to maximize WSI’s shareholder value.

Polaris’ acquisition of WSI Industries comes amid a year in which Polaris made only one other acquisition – yet a very substantial one. In May, Polaris expanded from land to water with an $805 million deal to acquire Elkhart, Indiana-based Boat Holdings LLC, the nation’s largest manufacturer of pontoon boats.

This was the largest deal in Polaris’ history, according to company spokeswoman Jess Rogers. Shortly after that deal, Polaris had made its debut on the Fortune 500 list.

As part of the agreement with WSI, Polaris will manage WSI Industries as a distinct operation reporting into Pucel’s Global Operations organization, and the WSI facility in Monticello will remain active.

Lake Street Capital Marktes, LLC, Ballard Spahr LLP and Faegre Baker Daniels LLP all helped oversee the deal, which is expected to close by the end of the year.