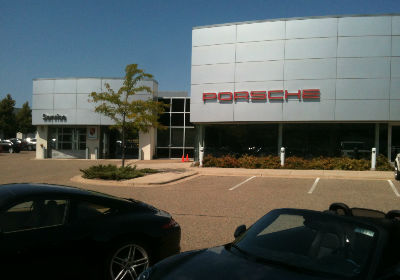 Last year, Twin Cities Automotive, which operates under Minneapolis-based Pohlad Companies, purchased four luxury car dealerships, including a Porsche outlet in Golden Valley—and now the company is being cited as an example of how the Porsche brand is thriving.

“[W]hen you dig into the financial performance, Porsche meets your expectations and then some,” Hulbert told the magazine.

According to Businessweek, which cited an Automotive News Data Center report, Porsche’s production last year climbed to 183 vehicle sales per franchise—a 23 percent increase over the previous year’s sales. With an increased demand for its Boxster, Cayman, and Cayenne releases, Porsche is reportedly on track to exceed 200 sales per franchise this year.

Twin Cities Automotive is one of many well-known names within the Pohlad Companies’ business portfolio, including the Minnesota Twins, J.B. Hudson Jewelers, Marquette Financial Companies, Marquette Real Estate Group, and United Properties, among others.