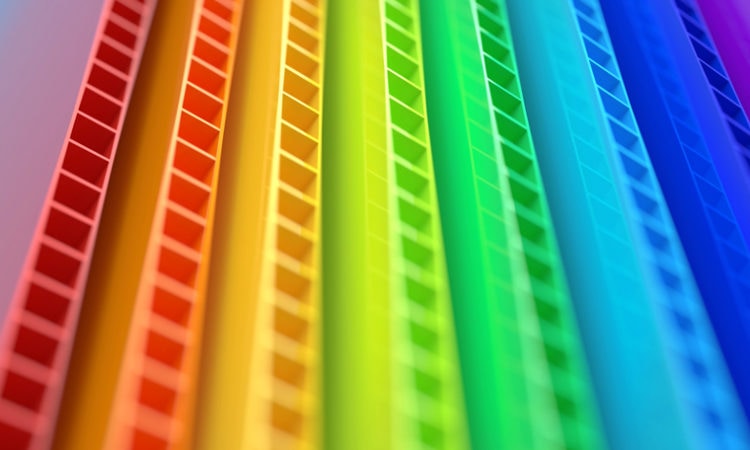 Corrugated plastic samples in a rainbow of colors.

The build-out and recent addition of 40 workers will allow the company to continue growing, said MDI president Peter McDermott.
By Amanda Ostuni
January 23, 2019

Minnesota Diversified industries, otherwise known as MDI, has kicked off the new year with a new look. The nonprofit, which manufactures corrugated plastic largely for packaging and environmental applications, celebrated this week the completion of an 11,000-square-foot addition to its Minneapolis headquarters facility.

The expansion, along with the approximately 40 employees added in the last year, reflects the company’s recent progress.

“From food and beverage to construction and commercial interiors, our work in the commercial sector has grown significantly in recent years,” says Peter McDermott, president and CEO of MDI. “The additional space will support our continued growth.”

McDermott notes that MDI is also making a concerted effort to build out its presence in the medical sector. To that effect, the company converted 2,000 square feet of space in 2018 into a white room to become certified for medical device assembly and packaging.

“Our recent expansion and increased focus on working with medical device manufacturers reflects MDI’s intentional, continued growth,” adds McDermott, “all with the goal of providing more opportunities for employment to people with disabilities in our community.”

With the recent growth of its workforce, the company employs about 120 people in its Minneapolis location, and 525 total staff across all locations, which also includes Hibbing, Grand Rapids and Cohasset. Of its entire workforce, about 40 percent – or 207 individuals – are people with documented disabilities.

In addition to giving people with disabilities an opportunity with MDI, the company pushes for improved professional opportunities and equality overall.

In fact, MDI recently worked with students at the University of St. Thomas Opus College of Business on a study which determined individuals with disabilities face implicit bias when it comes to entering the workforce.

McDermott told TCB after the study was released that he hoped the results would change the stigma disabled job seekers face when applying for work.

“Companies seem to have a tough time figuring out how to work with people with disabilities,” McDermott said. “[We want to spread] awareness and the appreciation and the understanding… We want to continue to do our part to advance the mission.”