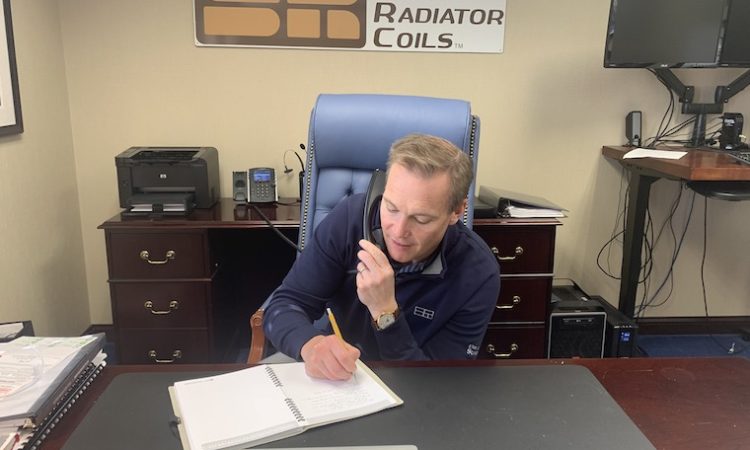 Rob Holt put a company sign up behind him because he’s spending so much time on video conference calls.

Four area businesses revise their game plans in a pandemic.
By Adam Platt
May 01, 2020

The greatest challenge for businesses in a pandemic is planning. Reacting too slowly to rapidly changing dynamics could be catastrophic. Preemptively saying goodbye to talent and spending down lines of credit have similar risks. There are no obvious answers to divining business trends when consumer behavior is altered and the future is so unpredictable. TCB spoke to four local business leaders about how they are making strategic decisions in an unprecedented time.

“As soon as things started to go sideways, we gave ten days paid sick time to everyone to alleviate fears and keep the business running,” says Holt, who expected direct impacts because his customers include the automotive and airline industry. SRC takes employee temperatures and cleans between shifts. “I’ve been doing a lot of one-on-one conversations with employees,” Holt says, “and tried to be very vulnerable.”

He says he was prepared for a downturn. “We run a conservative business, we have a strong balance sheet. I’ve been waiting for a recession for awhile so we’ve left a lot of cash in the business. I tried to invest in capital and equipment because the labor market was so tight.”

Holt says his biggest challenge is how to interpret each day’s news and what it portends for the second half of the year. “Every morning there’s a new statistic. It’s like chasing a ghost,” he says. “We’re a made-to-order company. Week to week. I’ve seen [the book of business] dropping. We’re bidding on some powerplant projects now.”

He says it’s too soon to think about next year. Right now Holt’s goal is “to employ my workforce for as long as I can. I want people to have food on the table,” he says. “We can sacrifice profitability. We have cash. We can operate in the red for awhile.” 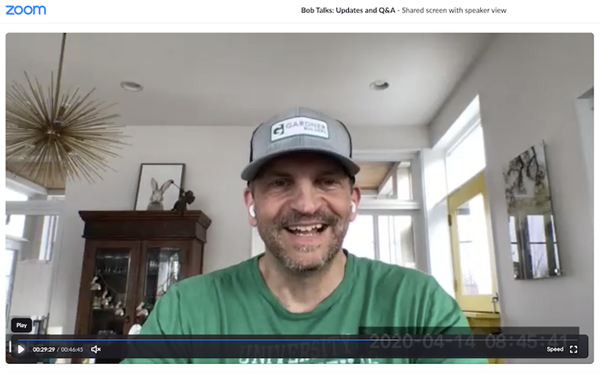 Minneapolis-based Gardner Builders is a commercial construction firm with offices in Milwaukee and Duluth, beginning its second decade in business. Gardner recently completed demolition at The Dayton’s Project, and his team found the notorious mummified monkey in its walls.

Gardner says he’s lost almost no work to date, “but when 23 million people are laid off, businesses are likely changing plans.”

“I’m by nature an optimist. I started the company in a recession, so we have a scarcity mindset,” he says. “Where are the opportunities to pivot?”

Gardner is an alumnus of Minneapolis’ disruption training consultancy Studio E and says the training has served him well in the pandemic. “The focus is operating in the unknown. You have to be flexible. To survive you need a positive attitude and the right mindset,” he says. “We have to figure out how to operate with unpredictable revenues.”

He says there’s a temptation in a crisis to lose a businesses’ compass, but “we don’t just work to work. We provide a place where people feel valued and challenged.”

He sees positives in the chaos, such as low petroleum pricing reducing the cost of commodities. And perhaps an end to worker shortages. “We’re still hiring. I’m hoping many of the people who have lost restaurant jobs will consider the building trades. Robots can’t build everything.”

Gardner thinks the year will be full of adjustments, but is focused on the “present reality rather than getting caught up in worst-case scenarios. How can we help our clients with advice or expertise operating in a changed reality.” 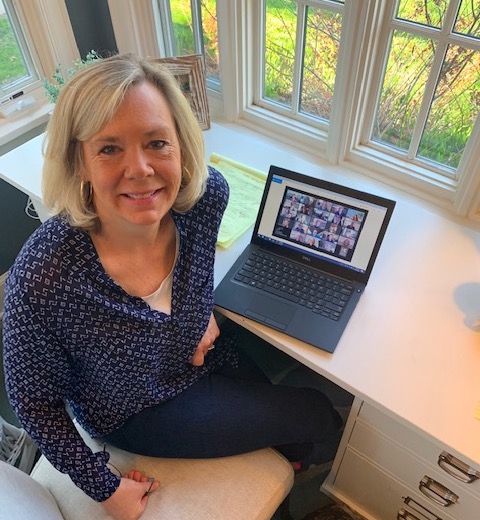 Holmes Corp. was founded in 1970 to set up professional certification programs, or more simply to “help professionals advance.” The Eagan-based employer of 70 offers its programs online, but is at the mercy of free corporate spending.

Holmes has typically found that in recessions professionals often spend to build up their own credentials so they can advance after the slowdown. “Because we work with professional associations, we’re typically the premier product in the market.”

Holmes is looking to add value and innovate in the uncertainty. “Most of our association partners have cancelled their annual conferences, for example,” she says. “So we’re looking for opportunities in that void.”

Looking down the road, Anderson sees the potential for disruption, but education and training never goes completely out of fashion. “Our model has the potential to be affected if the workplace changes,” she says, “so every week we’re doing things to read the market.”

Minnetonka-based Tumalo Creek is a broker of primarily temperature-controlled trucking. It connects loads with drivers in a competitive industry. As supply chain problems grew in prominence during the pandemic, there’s a greater awareness of trucking.

Applebaum says national freight volumes are down 35 percent and his business is down 15 percent year over year. “There’s a lot of fear at large companies,” he says. His employees are focused on service and gaining market share. “I give everyone in the business $1500 to solve any problem a customer has. We’re a service oriented company, and our customers will bypass cheaper options to work with us.”

Transportation brokers have a “terrible reputation,” says Applebaum. “Our industry has a culture problem.” Applebaum spent a year evolving Tumalo Creek into a “hospitality culture” with Minneapolis-based Studio E. “My objective was to become a destination business. We work on that every day and it makes us more relevant in difficult times.”

Applebaum’s team of 27 is working from home but he tries to “talk to employees two times a week. What they wanted to hear from me was that no one was going anywhere. We’re not going to start hacking. I’m not going to let anyone go to hold onto profitability,” he says.

“I could hear people relax. I asked everyone to think about how we can work better in this environment. I had to be a lot more nurturing,” he adds, “which isn’t naturally my role. I have fears too.”

Applebaum intends for Tumalo Creek to be more than a survivor. “Right now my industry is ripping itself to shreds in search of market share. It’s setting the table for a difficult environment after, and we intend to come out stronger.