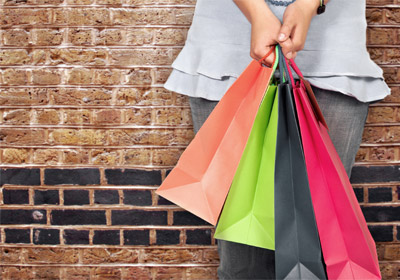 Fashion expenditures account for almost half of a teenager’s budget, and spending is down, but retailers may have more to worry about as the holiday season edges closer and the government remains shut down.
October 24, 2013

A recent survey conducted by Piper Jaffray & Company found that the fashion category still accounts for roughly 40 percent of teenagers' expenditures, but spending in the category is declining.

Meanwhile, today's youth are shifting more of their dollars to online purchases.

“Our fall 2013 survey results suggest teens are experiencing general spending fatigue across key categories, specifically fashion-related items. The absence of a clear product catalyst is a key contributing factor to diminished spending proclivity,” Steph Wissink, co-director of research and a senior research analyst at Piper Jaffray, said in a statement.

While teens still maintain that “friends” are the strongest influence over their purchasing decisions, “Internet” is gaining favor quickly, according to the study. More than half of teens said that social media impacts their spending choices—with Twitter being the most important, surpassing Facebook for the first time; Facebook is now tied for second with Instagram.

“We are also observing trends that imply teens are browsing regularly on their mobile devices, shopping less frequently, and engaging with brands ‘on demand’ on their own time,” Wissink said. “This dynamic alters the assumptions surrounding the square footage and retail inventory needed to service this target demographic.”

Piper said teenagers’ shift toward digital is proliferating apparel, electronics, and media purchases. DVD by mail and streaming media accounts for 52 percent of movie rentals, according to the report, and 25 percent of respondents said online music provider Pandora has become their preferred music source—beating out CDs at 8 percent, however, MP3 players remain the dominant choice at 37 percent.

Piper’s study comprised input from about 8,650 teens with an average age of 16.2 years. The survey was completed during September.

Trends in online shopping differ dramatically between genders; men tend to shop electronics and footwear while women search more for accessories, personal care products, and apparel, according to the report.

Retailers may have more to worry about than just teenagers, however, as the holiday season is quickly approaching and the government shutdown is draining consumer confidence in the economy.

Gallup’s Economic Confidence Index dropped 12 points the week before last, which, according to the National Retail Federation (NRF), is the second-largest weekly drop on record—just ahead of the Lehman Brothers collapse in 2008.

The latest confidence blow could not come at a worse time for retailers. According to the NRF, 40 percent of individual retailers’ annual revenue and about 20 percent of the industry’s yearly sales come from holiday season shopping.

While monthly economic reports from the government have been delayed, a recent consumer spending report from MasterCard found that U.S. retail sales for September were up just 3 percent year-over-year, compared to the annual peak of 4.7 percent in June. The report did, however, also find that e-commerce sales were up by “double-digits” over last year.

Minneapolis-based Target Corporation seems to be well aware of the increased focus on Internet shopping, recently laying off 150 corporate employees in an effort to make its digital channels a top priority. Target also appears less confident in this year’s holiday season; it said it would hire 20 percent fewer temporary workers for the holidays, and the news surfaced before the government even shut down.