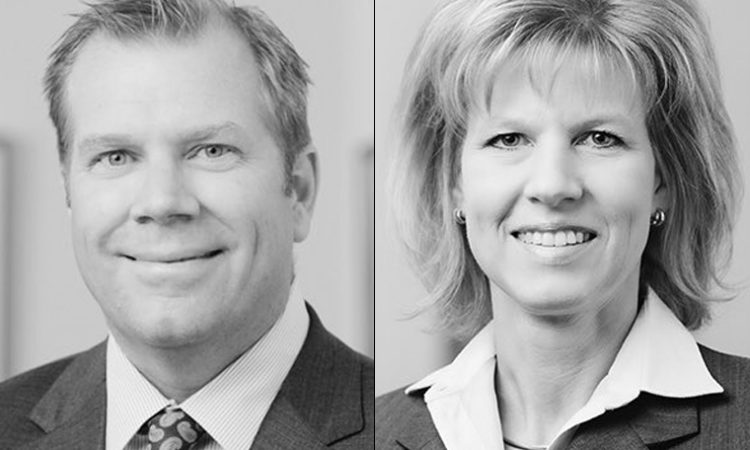 Abraham will replace Andrew Duff, who joined the investment bank 37 years ago and has been its CEO since the start of the millennium.
By Sam Schaust
December 05, 2017

At the end of the year, Andrew Duff will retire from Minneapolis investment bank Piper Jaffray Cos. as its chief executive officer, a position he has held since 2000.

Duff, who will stay on as chairman of the firm’s board, is perhaps best known for the growth he helped fuel at Piper Jaffrey during his 17-year tenure in top leadership. Since his start as CEO, operating profits jumped 140 percent, while shareholder returns increased 250 percent. He also pushed the firm into expanding coverage to the energy and financial services industries.

“It has been a privilege to lead Piper Jaffray,” Duff said in a statement, “and to be part of the evolution of this firm.”

Replacing Duff, effective January 1 of 2018, will be Chad Abraham, global co-head of the firm’s investment banking and capital markets divisions.

Since joining Piper Jaffray in 1991 as an investment banking analyst, Abraham received several promotions that pushed him into the upper ranks of the firm. As the global co-head of investment banking since 2010, revenues from the division have grown from approximately $150 million to more than $500 million, according to Piper Jaffray.

“Today, our business continues to gain share in the market,” Abraham said in a statement. “Our firm has made tremendous strides under [Duff’s] leadership.”

Reporting to Abraham will be Deb Schoneman, who will replace Stuart Harvey Jr. as president and chief operating officer at the start of 2018. (Harvey Jr. elected to voluntarily leave his post at the end of the year due to “different approaches to strategy and leadership,” Piper Jaffray said.)

Schoneman joined Piper Jaffray in 1990 and has since held various senior management positions, including treasurer and finance director of both equity and fixed income capital markets. In the heat of the recession in 2008, Schoneman took over as chief financial officer at the firm. Her “financial rigor” and focus on efficiency, Piper Jaffray said, were instrumental in helping triple the firm’s stock price—which was trading at less than $20 a share after the economic crisis.

Apart from Piper Jaffray, Schoneman is on the board of directors at Allina Health and BestPrep, a nonprofit focused on business, career and financial literacy skills. She received her bachelor’s degree in finance from Minnesota State University-Mankato and a master in business administration degree from the University of St. Thomas.