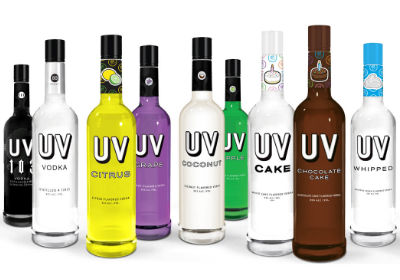 The move marks the brand’s first foray into Europe, where the company plans to continue to expand.
August 24, 2012

Phillips Distilling Company said Monday that it will start selling its UV Vodka line of flavored vodkas in Spain this fall.

The move marks UV Vodka’s first foray into Europe; it is currently sold in Canada, Japan, Australia, Paraguay, the Caribbean, and China.

Minneapolis-based Phillips said it plans to continue to expand the brand in Europe and in Asia, having experienced strong sales in North America. The company declined to disclose sales figures.

The company said it expects to sell 1.8 million cases of UV Vodka by the end of the year.

Phillips has partnered with Latin pop singer MalÃº, who will act as UV Vodka’s Spanish ambassador and promote the brand during her upcoming global tour.

Phillips Distilling spun off from Millennium Import Company, which was formed by late local businessman and philanthropist Edward Jay Phillips.

Phillips is known by many for revolutionizing the vodka industry by licensing a couple of Polish brands and creating a new spirits category: luxury vodka. The introduction changed not only the specific spirit, but bar culture itself—as cosmopolitans and various “-tini” drinks began using high-end vodka. He was inducted in 2009 into Twin Cities Business' Minnesota Business Hall of Fame.