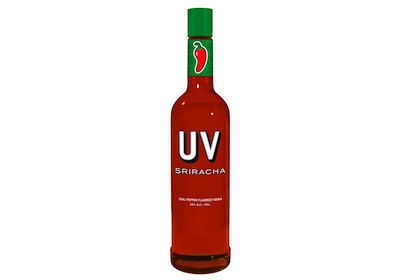 The Minneapolis-based distillery announced Monday that it has introduced a sriracha-flavored vodka, which includes its own sriracha recipe, as the 20th variety in its UV Vodka portfolio.
December 12, 2013

Phillips Distilling Company announced Monday that it is adding a sriracha-flavored vodka to its UV Vodka line—a product line for which flavored vodka accounts for 65 percent of sales.

The Minneapolis-based distillery said that the “UV Sriracha Vodka,” now available in wine and spirits retailers nationwide, is the first of its kind on the market and represents the 20th flavor in the company’s growing UV Vodka portfolio.  Phillips has developed its own blend of chilis, garlic, and vegetables to create the sriracha flavor.

A Phillips spokesperson told Twin Cities Business that the company aims to sell approximately 200,000 cases of sriracha-flavored vodka in its first year on shelves. The spokesperson declined to disclose information about Phillips’ flavored vodka sales growth.

The new product is available in three bottle sizes; a 750-milliliter bottle has a suggested retail price of $11.99, Phillips said.

Phillips is launching its new flavor as sriracha has recently generated headlines. In response to odor and health complaints from local residents, a judge ordered California-based Hoy Fong Foods, the maker of the sriracha sauce many Americans are most familiar with, to discontinue operations that could be causing the issues. The ruling could potentially affect next year's supply of Hoy Fong Foods-brand sriracha, interrupting the mixing and bottling of the sauce, which occurs on an ongoing basis.

However, the Phillips spokesperson said that recent sriracha production concerns won’t affect the UV product because the company uses its own sriracha recipe.

“Phillips is continually researching, testing, and on the cutting-edge of culinary flavor trends,” Jason Connelly, vice president of sales, said in a statement. “Being first to market has been a competitive advantage for UV.”