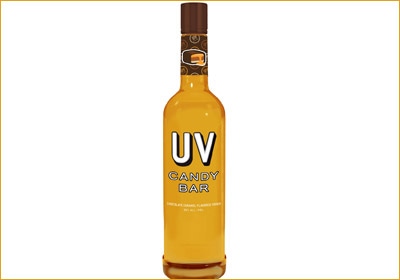 The Minneapolis-based company said that sales in its dessert-flavored category have increased 81 percent over the last year.
February 15, 2013

Phillips Distilling Company said Monday that it has introduced a first-of-its-kind spirit: a candy bar-flavored vodka.

The new product does not represent Phillips’ first foray into dessert-flavored beverages. In fact, its portfolio includes UV Cake, UV Chocolate Cake, and UV Whipped. The company described its dessert-flavored category as “wildly successful,” as its sales have increased 81 percent over the last year.

“UV Candy Bar provides consumers with a one-of-a-kind flavor profile: bold, unique, and sweet,” Phillips President and CEO Pedro Caceres said in a statement. “We look forward to unprecedented success as the demand for our confectionary flavors rise.”

The new product is available in multiple bottle sizes; a 750-milliliter bottle has a suggested retail price of $12.99, Phillips said.

Last year, Phillips announced that it would begin selling its UV Vodka line in Spain.

That a Minnesota company is at the forefront of candy-flavored spirits might come as no surprise: The state is home to a rich history of candy makers, many of whom are innovating and changing the market today. In its February issue, Twin Cities Business delved into the candy industry and looked at the state’s major players, such as Pearson’s, as well as smaller boutiques. To read the full story, click here.