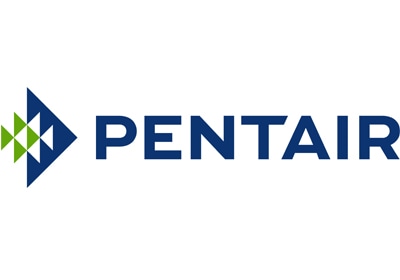 Pentair Picks Up Fasteners And Electrical Equipment Maker Erico For $1.8B

In tune with Pentair’s history, the global company will invest into a field largely outside its water equipment product line.
August 27, 2015

Water systems manufacturer Pentair PLC said it would pay $1.8 billion in cash for Erico Global Co., an electrical and fastening products maker. The deal is a major push for Pentair to diversify its product offering beyond pumps and water equipment.

Erico will be folded into Pentair’s technical solutions division, which produces about one-fourth of the company’s revenue and about one-third of its operating income. The majority of Pentair’s sales and profits come from its valves, water systems and similar flow control products, which came from its 2012 merger with Tyco Flow Control.

“The addition of Erico’s complementary business will expand our presence in the commercial and industrial sectors,” Randall J. Hogan, chairman and CEO of Pentair, said in a statement. “We have similar cultures and serve similar industries with complementary products, which will create a broader and stronger offering for our end users.”

Erico’s most recognized brands include its line of CADDY fixing, fastening and support products; ERICO electrical grounding, bonding and connectivity products; and its LENTON engineered systems.

In an interview with the Star Tribune, Hogan described the deal as “a bolt-on,” echoing it’s acquisition-heavy past. Twenty years ago, Pentair played almost no role in the sectors in which it operates today. The water systems manufacturer, whose U.S. corporate office is located in Golden Valley, once managed nine businesses that included power-tool maker Porter-Cable; automobile equipment manufacturer Lincoln Automotive Products; ammunition maker Federal Cartridge, and electrical and economic enclosures-maker Hoffman Engineering. Back then it had sales of $1.4 billion and 9,150 employees. Today it has annual sales of $6.7 billion and 28,400 employees (before the acquisition).

Pentair’s buyout will also include the repayment of Solon, Ohio-based Erico’s debt. Pentair spokeswoman Rebecca Osborn said the company would not disclose the exact amount of debt Pentair would pay off.

Erico currently employs 1,200 people across 30 countries and has roughly $570 million in annual sales. Osborn said they anticipate approximately $595 million in expected revenue gain for 2016. Additionally, Pentair estimated that its purchase of Erico, which still requires regulatory approval, would add 40 cents to its 2016 adjusted earnings per share. Analysts previously expected the shares earnings to near $4.25 before the acquisition.

Pentair’s stock rose on news of the announcement. After closing at $61.67 last Friday, the stock’s price on Monday closed at $62.60.