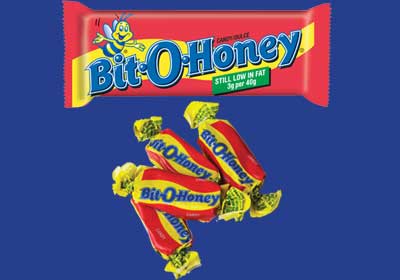 The maker of Salted Nut Rolls and Nut Goodies has acquired the Bit-O-Honey brand, and it may add 30 new St. Paul jobs.
By TCB Staff
May 11, 2013

Pearson’s acquired the brand on Wednesday from Switzerland-based NestlÃ© for an undisclosed sum.

The purchase was announced by Brynwood Partners VI, a Connecticut-based private equity fund that acquired Pearson’s in 2011. After buying Pearson’s, Brynwood appointed Michael Keller, former chief marketing officer for International Dairy Queen, president and CEO of the candy company; it also said it planned to make Pearson’s a platform for additional candy company or brand acquisitions.

Because the Bit-O-Honey acquisition just closed, “plans are vague at best,” Keller told Twin Cities Business in a Wednesday phone interview. The brand was attractive because, like Pearson’s signature products, it is nationally recognized—and Pearson’s will be able to focus on growing the brand in a way that a large conglomerate like NestlÃ© was unable to do, he said. Pearson’s sees “a lot of opportunities in packaging and sizes,” and it plans to make Bit-O-Honey products more widely available, he added.

Keller also said that it is “our desire” to add 30 new jobs and make infrastructure upgrades at the company’s St. Paul facility in order to begin manufacturing Bit-O-Honey products there. The products are currently made in Illinois, and Pearson’s would need to add a “slab line”—essentially a belt on which the candy is spread out and cut to size, much the way taffy is made—in order to begin producing Bit-O-Honey in St. Paul.

Pearson’s has ample space to accommodate the upgrades and new employees, but Keller said that the company is still “exploring options,” in part because it is eyeing an additional acquisition, the details of which he declined to share. Pearson’s is also in discussions with St. Paul Mayor Coleman’s office regarding a “wide array” of possible options for incentivizing Pearson’s to bring the Bit-O-Honey business, and the associated jobs, to the city.

The addition of 30 employees would significantly boost Pearson’s employee base; it currently has 110 plant employees and about 40 administrative staff.

Keller declined to disclose Bit-O-Honey’s annual revenue but said “its sales have been stable.” The brand “won’t be our biggest and won’t be our smallest—it will be middle of the pack” with respect to Pearson’s other brands, he added.

Meanwhile, Pearson’s, which in addition to Salted Nut Rolls and Nut Goodies makes Mint Patties and the Bun Bar, has focused on new product innovations that leverage its iconic brands. For example, it recently launched a Sea Salt Caramel Nut Goodie, and it’s gearing up to debut a peanut butter-flavored Salted Nut Roll in June.

The Bit-O-Honey deal marks the fifth brand that Brynwood Partners has acquired from NestlÃ©, although it is the first to join the Pearson’s portfolio, Keller said.

“The acquisition of Bit-O-Honey will complement our strong Pearson’s business,” Henk Hartong III, Pearson’s chairman and Brynwood VI senior managing partner, said in a statement. “While management continues to focus on product innovation and expanding the company’s geographic reach, the Bit-O-Honey brand has strong national awareness. We feel this acquisition will be a conduit to expand the reach of all of Pearson’s brands throughout the U.S.”

Twin Cities Business explored the rich history of confections in Minnesota in a February feature story. There are at least 35 candy companies in the state making everything from handmade caramels to licorice to gourmet specialty chocolates. Combined, Minnesota candy plants employ an estimated 1,110 people and generate roughly $138 million in annual plant sales, according to the National Confectioners Association, a trade group based in Washington, D.C. To learn more about Minnesota’s candy makers, read the full Twin Cities Business story here.