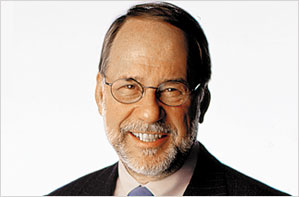 In the event you decide to revive it, I’m writing you to make several suggestions for improvement of your Car Allowance Rebate System, more familiarly known as Cash for Clunkers. Mr. Bloom has described the program as an “unprecedented success,” but there have been glitches.

A majority of the new cars that were purchased under this program were not manufactured in the United States. (Of course, if Americans bought a majority of their cars from General Motors and Chrysler, neither of these companies would have gone into bankruptcy.) Destroying more than 500,000 cars has artificially driven up the price both of used cars and new cars (which is why car dealers like this program). And there have been the usual anomalies: A 1987 Dodge Caravan “Woody” does not qualify for clunker status, but a 2004 Mazda RX-8 does. But these are merely the kinds of niggling details one would expect when Congress gets into the used car business.

Part of the problem is that you need an acronym that will catch on, like the ones so many of our new government programs have: TARP, TALF, and PPIP. To motivate more people to scrounge around junkyards looking for clunkers and aging wrecks, an acronym would be helpful. Let me suggest the program be rechristened as Purchasing Aging Wrecks Now (PAWN). After all, we’re really expecting someone in the future to pick up the tab.

When I was in grade school in Minnesota, several of my more rural classmates would hunt on the weekends for gophers. The Department of Natural Resources in those days paid 25 cents for every pair of gopher ears. I think this illustrates a possible extension of the PAWN program. After all, not everyone will be able to find a whole car, but perhaps we could pay people who bring in two doors. After all, a clunker without doors is, at least in Minnesota, pretty disabled as a mode of transportation.

There is no reason to stop at clunkers. Many people are forced to live with old furniture or broken lamps. I have a broken lamp in my garage right now that is too good to throw away, but I’ve never gotten around to having it fixed. Every voter (and these programs are basically for voters) has the same situation with some item or another. Last year, the government gave out helpful vouchers to buy converter boxes or new television sets, so there is precedent for expansion of your program to home furnishings and appliances. Think of it as one great big government garage sale.