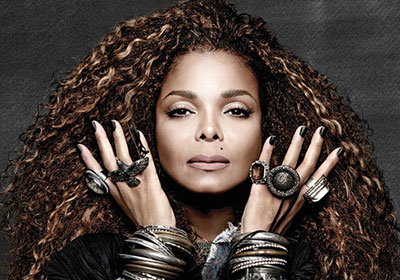 It’s been eight years since Janet Jackson released an album or mounted a tour, and now she’s doing both. Her new album, Unbreakable, was released in October, and the supporting tour will put her 49-year-old body to the test. But with so many other divas hogging the spotlight these days—Lady Gaga, Rihanna, BeyoncÃ©, Katy Perry, Madonna, et al—it’s about time Janet came back and reminded people how it’s done. Nov. 1, Target Center, Mpls., 612-673-0900, targetcenter.com

No, Carole King does not perform in “her” musical. Rather, this is the song-and-dance version of King’s rise to stardom from her humble roots in Brooklyn. If you liked the retro cheesiness of Jersey Boys and you go into a nostalgic swoon every time you hear one of King’s songs, then Beautiful is the show for you. King even liked it the first time she saw it on Broadway. Nov. 18-29, Mpls., Orpheum Theatre, 612-339-7007, hennepintheatretrust.org

The Wizard of Oz

Harnessing the magic of the classics is one of the things the Children’s Theatre Co. does best. Count on CTC to deliver the goods in every department—songs, spectacle, special effects—and to re-imagine Dorothy’s adventures in a way that will delight the whole family. This stage adaptation was originally developed for the Royal Shakespeare Co., and is based more or less on the iconic movie, so how wrong can it go? Nov. 3-Jan. 3, Children’s Theatre Co., Mpls., 612-874-0400, childrenstheatre.org

Always a perennial highlight of the fall dance season, Zenon’s annual showcase this year features two world premieres: one by New York post-modern chorographer Joanna Kotze, the other a modern piece commissioned by Zenon and developed by intercontinental choreographer Stefanie Batten Bland during a residency in the Mediterranean last year. And, as usual, Zenon will throw in a few other unadvertised surprises. Nov. 13-22, Cowles Center, Mpls., 612-206-3600, thecowlescenter.org