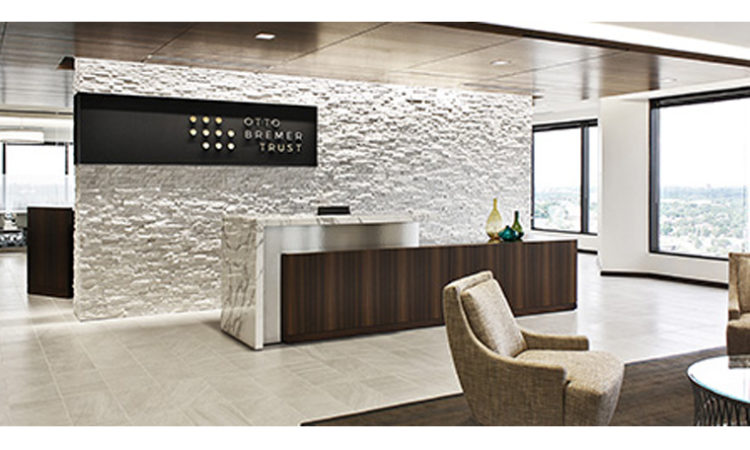 The trust’s leaders and bank board members haven’t been able to agree on a plan for growth.
By Amanda Ostuni
October 29, 2019

Citing industry pressures, trustees are exploring the possibility of selling the bank. The trust owns 92 percent of shares.

Trustees believe that Bremer Financial may have an easier time keeping up with banking industry changes if it merged with another financial institution.

“It can be daunting for a stand-alone regional bank to succeed [in the industry today],” said Brian Lipschultz, OBT trustee and the co-CEO, in a statement. “Through this initiative, [Bremer Financial] can be part of a stronger banking organization that better serves its customers and successfully competes for new ones.”

The Otto Bremer Trust also is interested in the sale because it wants to expand its work throughout the state, and in other states like North Dakota, Wisconsin, and Montana. Last month, the organization announced plans to enter the Montana for the first time, and to expand its presence in Wisconsin.

The sale could net about $1 billion for the trust, according to the Star Tribune. This would double the trust’s current assets of about $1.15 billion.

“A successful transaction would enable an incredibly significant increase in OBT’s philanthropy,” said Daniel Reardon, OBT co-CEO and trustee, in a statement.

Lipschultz said that the trustees have been trying to work with the bank’s board members on a collaborative path to growing both the bank and the trust, but nothing has come to fruition. As a result, the trust already sold some shares of the bank and is working on seating a new board.

The three Bremer Financial board members who represent the Otto Bremer Trust also brought before Bremer's board a proposal to sell the bank. However, the other six Bremer board members who were present at the time (one individual was absent) voted unanimously against it.

In a statement to shareholders, Bremer Financial CEO Jeanne Crain said: “the financial resources we have provided to Otto Bremer Trust for 75 years are unparalleled. Rest assured, I and the rest of the leadership team are keenly focused on doing what is in BFC’s best interests while continuing to serve our customers and communities. The character, culture and financial strength of the organization will always serve as our guiding principles.”

Reardon said he will keep stakeholders apprised of any further developments through the trust’s website.