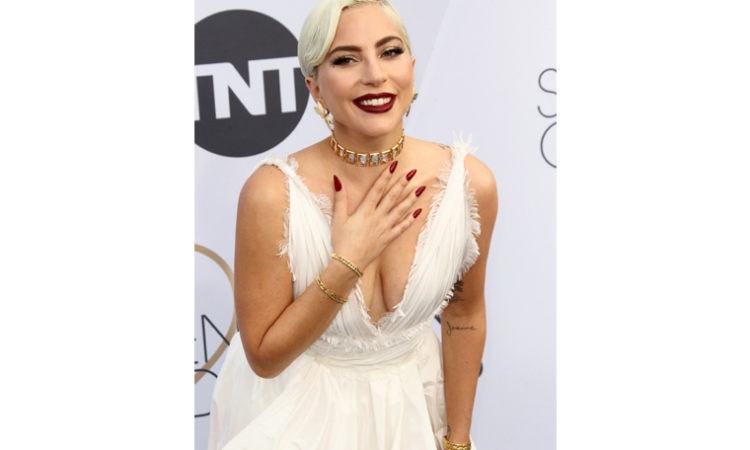 A Minnesota company delivers Hollywood fashion to the world faster than ever with new AI tech premiering at the Academy Awards.
By Gene Rebeck
February 21, 2019

At the 91st Academy Awards on Sunday, media outlets will be able to download photos of Lady Gaga on the red carpet even before she’s told Ryan Seacrest who she’s wearing. That real-time photo identification technology will come from a small start-up far away from the Hollywood limelight—in Duluth.

For years, Duluth-based Runway Manhattan has supplied fashion photos, videos, and copy to publishers worldwide. At the Oscars, the company will premier its new artificial intelligence-based technology called FashionBrain, designed to make it easier for publishers to quickly track down specific red-carpet images.

So how did a small company in Duluth earn this role? In fact, Runway Manhattan has been supplying fashion photos, videos, and copy to publishers worldwide for six years. It was launched by Duluth native Lara Signorelli, a former Associated Press photo editor, and her husband, Markus MÃ¼ller, a German-born photographer who ran his own news-photo agency in Denmark. The two met in 2007 at a European photojournalism festival. At the time, Signorelli was working in New York as a fashion editor, and she found herself frustrated by how difficult it was to locate specific fashion-related images. Her idea: create an online-based system that could make fashion photos easily searchable, and thus more useful for media outlets. In 2010, she and MÃ¼ller launched the company that became Runway Manhattan. That same year, they moved to Duluth—MÃ¼ller had not only fallen in love with Signorelli—he was also smitten with the beauty of her hometown.

Two years later, Runway Manhattan was up and running. The company provides a conduit between freelance fashion photographers and thousands of media sources by making relevant fashion imagery easier to discover. It added text content (the stuff of photo captions) to its offerings in 2014 and video two years later. In May, it signed a partnership with Toronto-based Thomson Reuters, the world’s largest international multimedia news provider, to offer fashion content to Reuters News Agency customers.

A couple of years ago, Signorelli and MÃ¼ller saw that fashion publishing was changing, and changing fast. Globally, more and more print publications devoted to fashion were moving from print to digital. These publications typically had smaller audiences, smaller budgets, shorter production cycles, but big demands. Meeting the growing needs in real time became unrealistic. “Only machines can do that,” MÃ¼ller says.

That’s the idea behind FashionBrain. Using an AI-based platform created in conjunction with BrainCreators, an AI technology developer based in Amsterdam, FashionBrain will automatically keyword each photo it receives with fashion terms related to apparel, hair, makeup, and other categories. The software can also identify the celebs in the photo. Editors and bloggers can then more quickly pick and choose the images they wish to use. 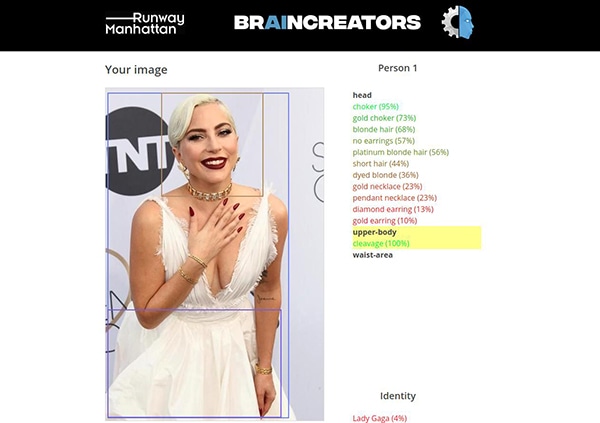 FashionBrain automatically pairs keywords to photos, such as an actor's clothing and hair styles, to improve the image's searchability. (Photo courtesy of Runway Manhattan)

Runway Manhattan isn’t the only company developing AI-driven fashion-photo identification. CondÃ© Nast, publisher of Vogue and GQ, is working with San Francisco-based AI-development firm Labelbox to create a machine-based fashion-image identification system that has similarities to FashionBrain. One key difference: “They have to manually identify every item in the photos because they do not have the database of 300,000 to 500,000 images that can be used to auto-train the AI,” MÃ¼ller says. FashionBrain’s machine learning capabilities, he says, can provide more accurate keywording and tagging without having “to manually train the system because we’ve built an archive of more than 500,000 properly tagged images.”

Runway Manhattan is looking beyond Oscars night. FashionBrain also includes predictive analytics capabilities, which will “give us potential fashion trends that we can follow,” MÃ¼ller says. “That is information that is very interesting for brands, because we can talk about analytics that are relevant for fashion design and production. That’s a step that goes way beyond just delivering content to publishing houses.”

But first, it’s time for FashionBrain to hit the red carpet.