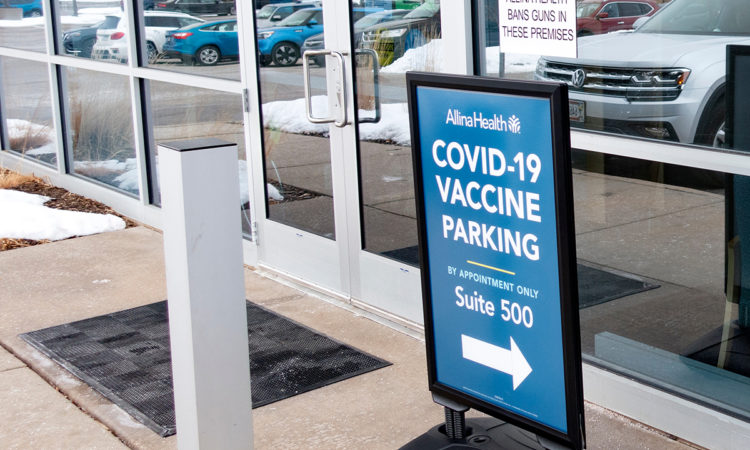 ‘On the Cusp of Ending This Pandemic:’ State Lays Out Plans to Ramp Up Vaccinations

The state will vaccinate 70 percent of residents 65 or older before moving on to other populations. The average Minnesotan can expect to receive a vaccination by summer.
By Dan Niepow
February 25, 2021

Most Minnesotans can expect to receive a Covid-19 vaccination by summer, Gov. Tim Walz announced on Thursday afternoon.

Noting that the state has already vaccinated 43 percent of residents 65 or older, Walz and members of his administration laid out plans to expand the scope of Minnesota’s vaccination program over the next few months.

The goal, Walz said, is to vaccinate 70 percent of Minnesotans aged 65 or older before moving on to other groups. For the remainder of this month and the next, the state will continue focusing on that population, along with pre-K through 12th grade teachers. In April, the state will begin vaccinating residents with certain “high-risk” conditions, including Sickle Cell disease and chronic heart and lung issues.

“Around the country and here in Minnesota, these were some of the largest and most severe outbreaks that we saw,” she said. “We know that the population working in these plants are significantly BIPOC community members and people living in multigenerational households.”

Also in April and into May, health officials will begin targeting people ages 45-64 with “one or more high-risk medical conditions.” Minnesotans aged 16-44 with two or more conditions will also get a shot in that timeframe.

By June, the state will begin vaccinating anyone 16 or older with any underlying condition. Any remaining members of the general public will be the last to get a shot. That final group will likely be a comparatively smaller subset, Walz noted.

“Pretty much everybody’s got one underlying health condition or something if you look at all those groups,” the governor said. “The number at the end is relatively small, that’s just the nature of it.”

Officials noted that the timeline for vaccinations is based on “conservative” estimates of doses from the federal government. There are a few factors that could accelerate the plan. For one, Johnson & Johnson’s single-dose vaccine appears to be well on its way to approval; FDA staff on Wednesday released a report signaling preliminary approval of the drug.

“We think it’s prudent to be planning conservatively and always hoping for more [doses] because as has been said, the system is ready for more,” Malcolm told reporters. “It will be a really good day when we suddenly have more than we had plans to allocate.”

“We’re seeing the rates of deaths come down, we’re seeing hospitalizations come down,” Jacob said. “And eventually, we’ll continue to see rates of infections go down. That’s the power of vaccination. … We are on the cusp of ending this pandemic.” 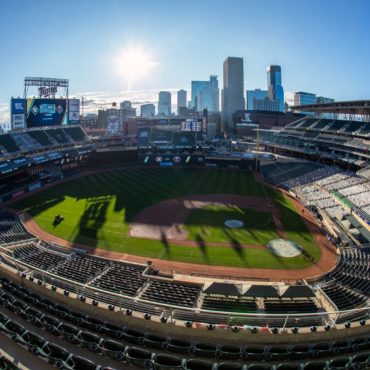