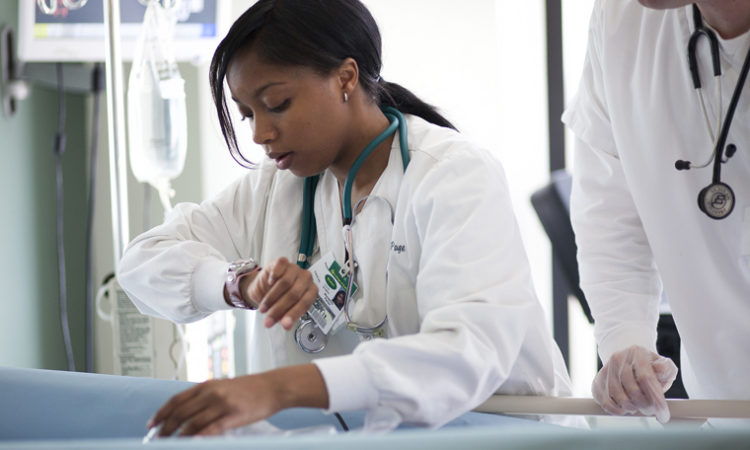 Photo by College of DuPage/CC

Two of the three top challenges facing hospitals this year are coming together to give hospital CEOs one big headache.

A new report from Moody’s Investors Service said the ongoing shortage of nurses will exert downward pressure on hospital profit margins for the next three to four years.

Citing figures from the U.S. Health Resources and Services Administration, Moody’s said growth in the supply of registered nurses (RNs) will fall short of the growth in demand for RNs by 340,000 by 2025. As a result, hospitals will be spending more to attract RNs from a smaller pool of qualified applicants.

Hospitals’ labor costs also will go up because they will be forced to spend more on nurses from temporary staffing agencies, according to the report.

Hospitals in the South and West, and rural hospitals will be hit harder than hospitals in the North and East, and urban hospitals, Moody’s said. The combination of an aging population with more chronic medical conditions and fewer nursing school graduates will exacerbate the gap between RN demand and supply in the South and West. Rural hospitals, meanwhile, won’t be able to compete with their urban peers in terms of nurse salaries and other benefits.

As previously reported by Twin Cities Business, hospital CEOs surveyed by the American College of Healthcare Executives cited “financial challenges” and “personnel shortages” as their first- and third-ranked concerns, respectively, this year. Sandwiched in between was “government mandates.”