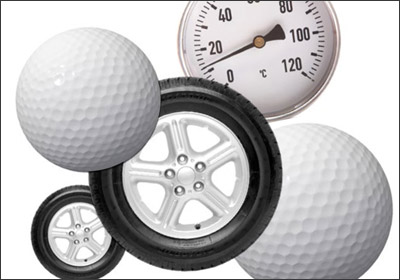 For roughly three decades, Northern Tool + Equipment has built its business selling tools to men. The Burnsville-based retailer’s stores smell of rubber, a scent responsible for what President Chuck Albrecht describes as the “Northern mystique.” When Northern’s customers are off the clock, many turn to South St. Paul–based The Sportsman’s Guide for their camping, hunting, and other outdoor gear.

“Northern Tool takes care of the customer when they’re working,” says Sportsman’s CEO Jay Berlin, who led Northern’s direct retail division until 2003. “When they’re ready to play, that’s where we come in.”

This past summer, Berlin phoned Albrecht with an opportunity: France-based PPR was divesting Sportsman’s and the Golf Warehouse, a Wichita, Kansas-based direct retailer of golf equipment, to focus on its luxury brands, which include Gucci and Yves Saint Laurent.

“This is much bigger than anything we’ve tried before,” Albrecht says of the $215 million deal, which closed in December.

The acquisitions boost Northern’s size by about 50 percent: Albrecht estimates Northern’s revenue at approximately $850 million to $875 million, Sportsman’s at about $350 million, and Golf Warehouse revenue at about $130 million. Northern, which employed 2,100 prior to the deal, retained all workers of its newly acquired businesses.

“In terms of size, it’s an ambitious pursuit,” but the three companies “are going to help each other become even more profitable,” says Berlin.

Northern took on $200 million in debt to finance the deal, but Sportsman’s and the Golf Warehouse generate sufficient profits and cash flow to pay it down in “a timely manner,” according to Albrecht. “The only reason we’re doing this is growth.”

The deal allows Northern to dive deeper into online retail. The company operates about 80 brick-and-mortar locations in 16 states and plans to add a half-dozen more this year; direct-retail sales comprise 50 percent of its business.

Sportsman’s and the Golf Warehouse each operate a single store, with the vast majority of sales coming through catalogs and the web. Sportsman’s makes about 80 percent of its sales through its buyer’s club.