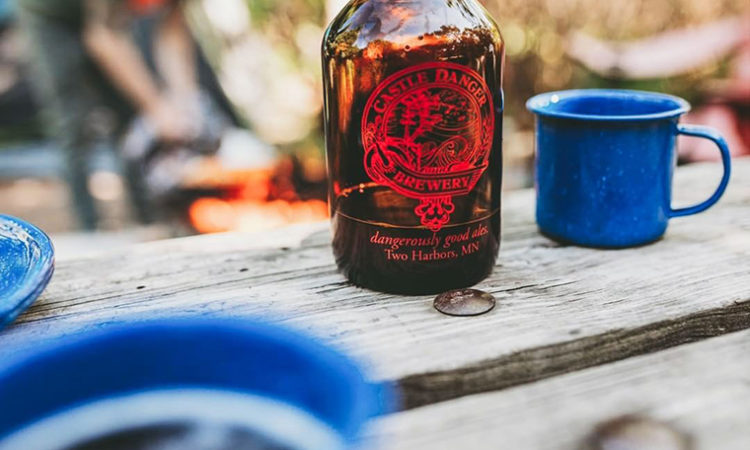 Under Minnesota law, breweries aren’t allowed to sell growlers after they’ve begun producing 20,000 barrels annually. Castle Danger crossed the threshold in 2018, when the brewery produced 23,500 barrels of beer, according to marketing and events manager Maddy Stewart.

In a Facebook post, Castle Danger told customers that Sept. 30 will be the last day to buy or fill a growler.

“Until then, it’s business as usual,” the brewery said. Castle Danger’s brewery and taproom are in Two Harbors.

The state’s growler cap is forcing a number of young breweries to make some tough calls. Earlier this year, Bent Paddle co-founder Laura Mullen told the Duluth News Tribune that her company “would be strategic about not going over 20K until the end of the year in order to preserve growler sales for the following year.”

“It’s just so strange that a for-profit company would have to choose between growth and sales in that way,” she told the newspaper. “It just seems a bit backward.”

The Minnesota Craft Brewers Guild, which represents the interests of brewers across the state, estimates that growler sales can generate as much as $300,000 in revenue for breweries, according to KSTP reporting.

“It will leave a big hole when we can no longer sell them,” Stewart said.

There’s been bipartisan support to lift the growler cap, though no substantive changes have been made. In Minnesota’s most recent legislative session, Republican state senator Karin Housley proposed increasing the cap to 40,000 barrels a year. Her amendment didn’t make it into the state’s so-called “liquor omnibus bill.”

Housley has pledged to give the amendment another go in the next session.

Breweries and some lawmakers see the growler cap as a hindrance to small businesses in the state. But the purpose of the law is to maintain separation between manufacturers, wholesalers, and retailers. This is known as the “three-tier system.”

“The three-tier system is simple in theory: manufacturers provide alcoholic products to wholesalers, who distribute the products to retailers, who sell to the consumers,” according to a post on the National Alcohol Beverage Control Association’s website. “No one entity can be involved in more than one tier under most state models and each tier is regulated and licensed separately.”

Since growler sales are still off-sale alcohol purchases, some argue that they undermine the three-tier system. Brewers don’t see it that way.

“Growlers are beer souvenirs that have proven to build brands, create exposure, and increase the volumes that flow through the three-tier system,” Stewart said.

Other brewers that are nearing the 20,000-barrel mark include Lift Bridge Brewery in Stillwater and Indeed Brewing Co. in Minneapolis.

Castle Danger says it will continue to lobby for change.