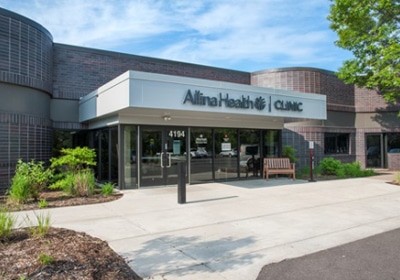 Amid the acrimonious contract negotiations between Minneapolis-based Allina Health and the Minnesota Nurses Association, the two sides might agree on one point: the large nonprofit health system and the union-represented nurses at five Twin Cities hospitals appear to be nowhere near striking an agreement.

The crux of the battle reflects the changing health care landscape that most employers and employees are facing today. Allina wants its nurses to switch to different health plans that would offer lower premiums, but higher out-of-pocket deductibles. The MNA is fighting to keep the nurses’ longstanding health plans, which in some cases include no deductible.

The heart of the issue is money. Allina says that the health plan change would save the health system about $10 million per year. The MNA says that Allina has not provided financial details to justify why the current plans need to be changed.

The Allina proposal includes four different plan options. The Allina First Plan has been far and away the most popular option for other employees said David Kanihan, a spokesman for Allina. He notes that the annual deductibles for in-network care are $300 per person and $900 per family under the Allina First Plan.

“That’s not a high deductible plan by any stretch,” Kanihan told Twin Cities Business. “This is pretty much what health insurance looks like these days.”

The deductible on Allina’s Basic Health Savings Plan option can be as high as $12,000 in some cases, but Kanihan said that plan is “rarely used.”

As employers grapple with rising health care costs, shifting employees to higher deductible plans has become a trend for American businesses. One of the nurses’ current plan options, the Advantage Plan, has no deductible.

But MNA spokesman Rick Fuentes said that Allina has declined to provide financial details to support their case that the nurses’ health plans need to be changed.

“Honestly Allina has not made the case to us why they needed to cut these health care plans,” said Fuentes. ““We have made formal requests for information…They tell us that the plans are too expensive and they want to get rid of them. We have asked them: ‘What parts of the plan are making it too expensive’?”

“That $10 million is not all in cost shifting to the nurse,” said Kanihan. “Some of that $10 million will be saved by administrative simplification.”

The MNA represents approximately 20,000 nurses throughout Minnesota. Fuentes said that the union represents 80 percent of all hospital bedside nurses across the state.

Fuentes noted that Allina’s financials appear to be very healthy.

Allina has approximately 27,000 employees. Kanihan said that a little less than 12,000 of those employees are represented by a union. (That counts all unions with Allina employees, not just MNA members.)

After members voted against Allina’s proposed contract, the MNA announced plans on June 8 for a seven-day strike set to begin at 7 a.m. on Sunday, June 19.

Both sides met with a federal mediator on Monday, but reached no resolution. As of midday on Wednesday, no future talks are scheduled. Both sides say that the other refused to budge.

Kanihan noted that Allina’s proposal also included other provisions such as two percent annual raises for each of the next three years.

“For us to settle a contract, we have to talk about a health insurance plan transition…but so far they’ve been unwilling to even discuss it,” said Kanihan.

For now, both Allina and the MNA are girding for a strike.

“We are going forward with strike plans,” said Fuentes.

Kanihan said that Allina has been working with staffing agencies, which can provide nurses to the health system in the event of a strike. All Allina hospitals would remain open. Said Kanihan: “We are very focused on executing our contingency plan.”