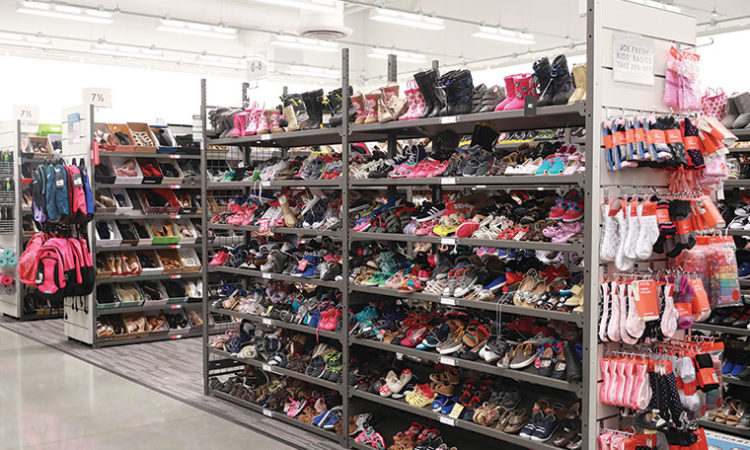 Has Downtown got a discount for you.
By Andre Eggert
December 01, 2017

When Nordstrom Rack opened on Nicollet Mall in September, it filled a major gap in an otherwise lackluster retail presence at the street level of what remains downtown Minneapolis’ main street.

The company had been searching for years to find the right spot downtown, according to Meliz Andiroglu, a Nordstrom spokeswoman, and eventually settled on the IDS Crystal Court for its proximity to retail competitors and entertainment and restaurant options. The company wants to ensure that each of its locations is as convenient and accessible to customers as possible, Andiroglu says.

The approximately 39,000-square-foot store offers many of the same brands sold in Nordstrom but at a typical savings up to 70 percent off the sticker price. In other words, it’s an outlet.

And it’s not the only discounter on the mall. It joins Target, Marshall’s and Saks Off Fifth, all within a short distance of each other on Nicollet.

The trend is national, as retail bifurcates into discount (trendy or otherwise) on one end and high-end/high-touch on the other, and mid-tier stores like Macy’s vanish. But it’s also specific to the challenges facing downtown Minneapolis, according to Eric Sheaffer, a senior associate at commercial real estate/development firm CBRE.

Downtown was once home to a plethora of high-end retailers, but most national companies have abandoned the market (Neiman Marcus, Saks Fifth Avenue) or relocated to suburban shopping centers like Galleria and Ridgedale.

Downtown’s two levels of activity aren’t helping. “When retailers come into town, we’ll be standing at Seventh and Nicollet and they can’t figure out if they want to be on the street or skyway,” Sheaffer says. “It’s really hard for traditional retail to figure out our downtown. More often than not, it ends up with them passing on the downtown market.”

Sheaffer sees a future for Nicollet of online retailers looking for a unique brick-and-mortar presence, small-scale boutiques, and, yes, the continued dominance of discounters. “It will continue to attract stores more on the discount side,” Sheaffer says. “That’s the way it’s trending.”