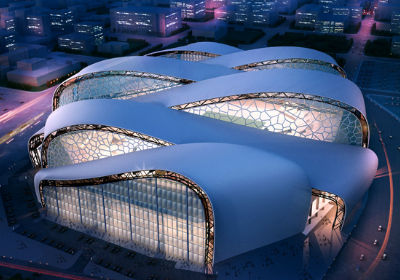 A football stadium isn’t truly a football stadium without three essential ingredients: hot dogs, beer, and, well, football—but the food and drinks are arguably just as important as the football.

The Minnesota Sports Facilities Authority (MSFA), which will manage the new stadium, has begun its search for food and beverage concessions that will satisfy Vikings fans’ appetites.

The MSFA on Monday put out a request for proposals from food and beverage, catering, and concession vendors. Interested vendors must attend a pre-proposal conference on April 15 and then have until April 23 to submit their bids.

According to Jenn Hathaway, director of communications at MSFA, the agency hasn’t yet determined how many local vendors versus national vendors will be chosen. “We are accepting bids from both local and national vendors,” she told Twin Cities Business. “But Target Field is full of local vendors and they are the gold standard.”

Target Field, which on Thursday announced a list of new foods to be added this season, has set the bar high. New additions include offerings from Andrew Zimmern's AZ Canteen and Mac's Fish and Chips of St. Paul. Fan favorites like Murray’s steak sandwich, Minneapple Pie from Minne’s Diner, and craft beers from local breweries such as Surly and Summit also remain on the menu.

The new stadium will not only host Vikings football but will also welcome Major League Soccer, Motorsports, concerts, and even amateur baseball. New vendors will have the opportunity to serve those who attend the various sporting and entertainment events year-round.

Minneapolis-based Mortenson Construction was chosen last month to manage the construction of the $975 million new stadium, which is slated to begin in October, with the projected opening in summer 2016.