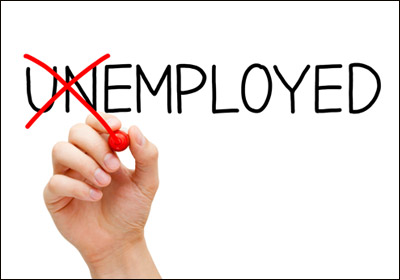 Platform to Employment is the brainchild of a Connecticut workforce development group; it is rolling out in Minneapolis to help veterans and older workers find employment.
August 25, 2013

The City of Minneapolis said this week that it is partnering with a Connecticut-based group called The Workplace to launch a job-training initiative geared toward helping veterans and unemployed individuals age 50 and older.

Called Platform to Employment (P2E), the program, which started in Connecticut in 2011, is now in 10 markets, including Chicago, Dallas, and Denver. P2E is designed to provide life skills in such areas as financial counseling, resumÃ© writing, self-marketing, and stress-reduction, over a five-week period, before placing enrollees in jobs for an eight-week trial run.

“We think it’s a pretty exciting program as it offers such a comprehensive package of services,” said Deb Bahr-Helgen, director of the city’s employment and training department. “If it works here, we hope to replicate it throughout the Twin Cities and across the state.”

The city’s search for P2E enrollees is underway, and it will accept applicants through September 6, when it expects to select a cohort of 24 people: 20 older workers who have exhausted their unemployment benefits and four veterans, who will go through the program together. The five-week workshop period will begin September 23, with the culmination being placement at Minneapolis companies.

While the program costs $6,000 per enrollee, it will be free for the 24 Minneapolis enrollees, as the The Workplace is funding the initial rollout, according to Bahr-Helen.

If the program proves successful and is expanded elsewhere in the state, the communities in which it is introduced would likely have to cover the cost. But Bahr-Helen isn’t worried: “We are expecting a robust reaction from the community.”

There is a well-documented need to help members of the demographics targeted by P2E. The National Employment Project published a report in April that shows that 53 percent of workers aged 55 and older who lose a job remain out of work for more than 27 weeks. The consequences are financially and emotionally damaging.

Veterans face their own unique barriers to employment. Their resumÃ©s don’t always translate to the civilian world. And the numbers speak to their struggles. The Bureau of Labor Statistics recently reported that the July unemployment rate for post-9/11 veterans was 7.7 percent, up from 7.2 percent in June and 0.3 percent higher than the national unemployment rate.

P2E appears to have been successful in its early efforts in other cities: The program noted that it has placed 80 percent of program participants into work programs, with 90 percent of them receiving full-time jobs.